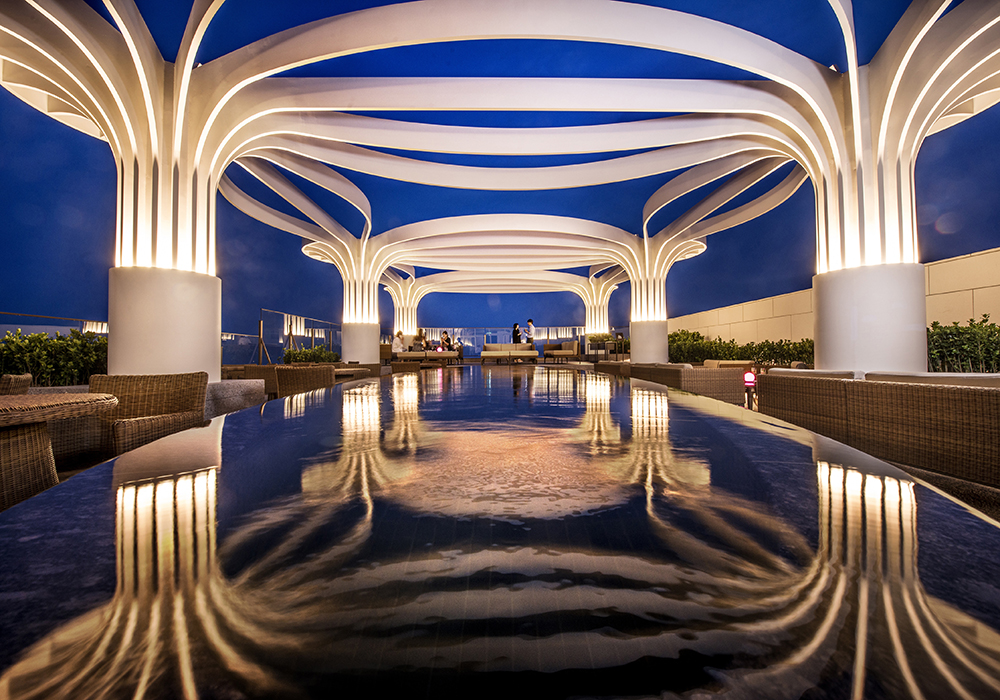 After a whirlwind exploration of South Korea, here are a few bucket list experiences to book your clients on.

Overlooking a pristine rocky shoreline, the exquisite 310-room Hilton Busan is the first hotel in South Korea with three pools. Guests can lounge in the heated infinity pools with panoramic views of the waves crashing over the massive boulders below; relax in its impeccably designed library (with hundreds of books to borrow on topics ranging from art to architecture); or visit the Water House, with hot spring water pools, saunas and spa facilities. Busan, South Korea’s second-largest city, is a two hour and 15 minute ride from Seoul on the bullet train, KTX Rail. hilton.com

It’s hard not to be thrilled by the prospect of actually seeing what North Korea looks like, and travelers get to do just that by peering through binoculars at the rolling countryside beyond this 2-mile-wide buffer zone between North and South. A tram takes visitors underground into one of four tunnels dug by the North Koreans to infiltrate South Korea, or guests can visit Panmunjom, where the 1953 Korean Armistice Agreement was signed. There’s nothing like it in the world. The area is controlled by the United Nations and the military, so visits are restricted at times (our group was unable to see Panmunjon), and all visitors must have their passports checked by the military police. Also, be prepared for a touristy vibe, this is a popular sight packed with dozens of buses and camera-wielding tourists snapping selfies. dmztours.com

Opened in 2017 inside Seoul’s highest tower, the Lotte World Tower, this high-end 235-room property has it all over the others as far as expansive city views from its upscale champagne bar or STAY, its Michelin-starred French restaurant, both on the 81st floor. lottehotel.com/seoul-signiel

This piece originally ran on our sister publication, Prevue at prevuemeetings.com.