The lure behind the mystique of travel is the promise of the unknown and the unfamiliar, the opportunity to shed the mundane and delve into exotic cultures and places. And then there’s the anomaly of Vietnam.

This is a destination that’s been in the forefront of American consciousness for decades and yet, the real Vietnam is a place few Americans really know, a familiar, but not-so-familiar place that’s truly rich with that promise of exotic experiences.

In fact, Vietnam today is an amalgam of yesterday and tomorrow. Part of it is a hatchling on the world financial stage, struggling to take its place in the explosive Asian economic races and embrace the technology it needs to maintain the furious pace set by its neighbors. But at the same time, it’s a society where yesterday is still very much alive in its remote tribal and village cultures, where thousands of years of tradition are as much a part of the daily fabric of life as they were hundreds of years ago and where culture and art thrive.

two countries in one But for American travelers, that anomaly of the so-called familiar, with the reality of the unfamiliar, is, according to Todd Ney, director of product development for Brendan Vacations, what makes it appealing. “What makes it different—and this is my own personal opinion,” he says, “is that because of the Vietnam War, the country was always in the limelight in the U.S., but no one could go there.”

But now that they can go and have been going there in ever growing numbers—especially over the past 10 years as the country’s tourism infrastructure has developed so rapidly with phenomenal hotel growth and more and more North American tourism entities going into the marketplace—many North American travelers are surprised by the warm welcome they receive from the Vietnamese people themselves.

“The people love Americans, they’re not holding a grudge or anything like that, particularly in the south,” Ney points out. “We went to a couple of restaurants (Vietnam’s ubiquitous “pho” or noodle restaurants—pho is a noodle dish) where Bill Clinton apparently had been and they’ve got Bill Clinton’s pictures all over the walls.… There’s no resentment wherever you go.” A fact you should point out to North American travelers unnecessarily wary of their reception in the country.

Ney also points out that the geographical and political borders imposed on the country when it was divided into the two countries of North Vietnam and South Vietnam following the collapse of the French colonial powers in the 1950s, left a residue that’s apparent even today, despite the fact it’s been unified since North Vietnam won the decades-long war in 1975.

“There’s a huge contrast between the north and the south. The north is more culturally oriented, whereas the south is more hustle and bustle,” Ney says. “When you go to Hanoi, you’re going to see historic buildings, art galleries—more of the arts. When you go down to Saigon, there are millions of bikes on the street and commercial vendors selling things on the street. It’s two completely different countries in one country, if that makes sense.”

Ney points out that the bulk of Brendan Vacations’ programs are customized off of a basic itinerary. “You’ll fly to Hanoi, you’ll do your standard city tour, you’ll probably take a cooking class, you’ll head out to Ha Long Bay for an overnight cruise and then you’ll come back to Hanoi and fly down to Da Nang, which is in the central part of the country. There are two cities there—one’s called Hue and the other is called Hoi An, then down to Saigon. This is your classic itinerary, I guarantee you this is what 80 percent of the people do.”

Typically, city tours in Hanoi include the Ho Chi Minh Mausoleum and the One Pillar Pagoda. Then it’s on to the Temple of Literature, a visit to the Museum of Ethnology, Hoan Kiem Lake and the Ngoc Son Temple, before finishing with a cyclo tour through the old quarter. Cooking classes are probably one of the most popular hands-on experiences for travelers, most of which are held in Hanoi. On Brendan’s tours, guests meet a member of the Hanoi Chef Association for a trip to the markets to choose fresh ingredients before driving out to his home for a hands-on cooking class. 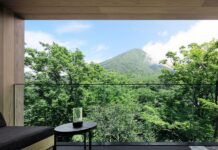 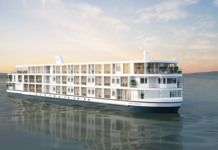