World travelers have always had a love affair with France, and Americans—from Ben Franklin and Thomas Jefferson to Gene Kelly and Julia Child—are no exception. Therefore it comes as no surprise that Recommend’s Readers’ Choice Award for Sexiest Romance/Honeymoon Destination in Europe goes to La Belle France for the 10th consecutive year.

“The romantic image of France serves us well,” says Jean Philippe Perol, director for the Americas of Atout France, the France Tourism Development Agency (formerly Maison de la France and the French Government Tourist Office). And according to Perol, next year Atout France will focus promotion efforts on two aspects of the French experience sure to appeal to romantic souls: wine and art.

France’s fabled wine regions—Bordeaux, Burgundy, Rhone Valley and Loire Valley—will be center stage in 2010 promotions, encouraging travelers to visit Alsace where one walks the vineyard paths called sentiers vitocoles and samples the famous white wines from Rieslings to Tokay-Pinot Gris; take the high-speed TGV train to Dijon and Burgundy to follow one of France’s greatest wine roads, the Route des Grands Crus; in the Rhone Alps, explore the wine roads linking the Beaujolais Villages; and in Aquitaine, enjoy tastings in those famous vineyard chateaux in and around Bordeaux and St. Emillon. Of course, if there ever was a wine that has gone beyond its basic status as a drink, it’s champagne, which worldwide symbolizes celebrations and the good life—ergo romance. Only 1.5 hours from Paris by train, Champagne country makes an ideal long weekend getaway, or part of wine touring that goes on to neighboring Burgundy.

Perol believes that Americans will fall in love all over again with France when they see the art treasures that will be brought together in next year’s extravaganza of French Impressionist Art. ”Americans have a thing for color and light and beauty that Impressionist painters such as Renoir, Degas and Monet bring to their canvases, and in Normandy—from Rouen (at the Fine Arts Museum and 16 other venues) to Le Havre (at the Andre Malraux Museum), more than 200 works will be on display—half from private collections and therefore rarely on view.”

Recommend asked Perol what is on his list of the most romantic places to be in France. His picks were Paris, particularly the St. Germain-des-Pres quarter where one of his favorite hotels—the belle epoque/art deco Hotel Lutetia—is celebrating its 100th anniversary. And while Perol loves Paris, he has a special place in his heart for St. Paul de Vence, the art-filled hill town perched above the Cote d’Azur.

With 280 hotels in France alone, Best Western International accommodates travelers in the most romantic corners and this year, the world’s largest hotel chain won the Readers’ Choice Awards for Best Resort/Hotel Chain for Value. Value can mean many things: signifying price point to some, defining quality and service to others. Neville Graham, director international, member services for Best Western, defines value as a maximum return on every dollar spent, at whatever price point in the mid-scale segment.

“We continue to add amenities and quality services, and we continue our quality assurance assessment program twice a year, part of which pays close attention to surveys that come from e-mails sent after a guest’s stay.”

Part of the American romance with France seems to be the consumer and trade’s love affair with taking the train through Europe, and the only rail honors indeed go to Rail Europe, the Readers’ Choice Award for Best Rail Vacation Provider and Best Rail Vacation Provider for Travel Agent Support—both of which it’s won two years in a row. “We are so pleased to have won this award,” says Rail Europe spokesperson Samina Sabir, “for we work closely with the agent community, and agents are telling us we are accomplishing things.” 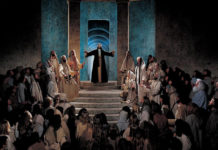 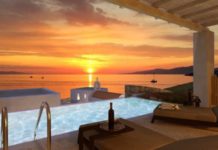 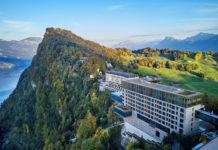 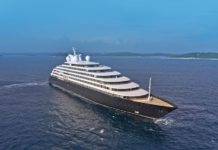