Celestyal Cruises principals could scarcely be more emphatic when it comes to explaining what makes their offerings different from other ships that sail these legendary seas.

“This is our home,” says Nicholas Filippidis, the company’s longtime director of product development in North America. “We have expertise here, and we’re the cruise line that gives passengers an authentic Greek cruise experience.” Which, in this case, means that clients will be calling at not only well-known islands where the big boys drop anchor, but less familiar ports. And they’ll be cruising with a passenger roster of not only international travelers but island-hopping locals, hospitable officers and staffers, a notably friendly crew, and local guides who call the Hellenic Mediterranean home and who have a passion for their country’s uniqueness. Indeed, all seem eager to share their knowledge of ancient archaeological sites, cultural treasures, traditional music and dance, and signature Greek dishes, wines and spirits.

Recommend joined a group of travel agents and travel journalists aboard Celestyal Cruises’ Celestyal Cristal (it was still Louis Cruises’ Louis Cristal at the time), experiencing all of the above exactly as promised.

A new brand launched in late 2014, Celestyal began as Louis Cruises, a family-owned operation that launched with short jaunts out of Limassol, Cyprus, to the Eastern Med in the early 1970s and now encompasses five ships. It’s part of Louis Group, founded in 1935 as a small travel agency; Louis Group’s other arm is Louis Hotels, with 19 properties in Greece and Cyprus.

Our 7-day itinerary on board Cristal—which first sailed in the 1980s and received a refurbishment in 2014 with updates to the ship’s comfortable staterooms—stopped at Mykonos, Kusadasi, Samos, Milos, Lavrio, Syros, Kos, Ios, Santorini, Cesme and Bodrum in Greece and Turkey. The message: Tell clients to count on more time on the hoof than on board.

For lovers of ancient culture, the cruise is clearly paradise found, but look for equal opportunities for lovers of shopping and nightlife. The grand abundance begins with an overnight at the Athenaeum InterContinental for taking the pulse of Athens from the vantage of the Acropolis and Parthenon.

Your well-traveled clients have likely experienced the sexy sizzle of Mykonos and dramatic, volcanic Santorini. What may well be new to these clients are the smaller islands, where shore excursions will take them to such treasures as the hilltop Temple of Poseidon at Lavrio; the first century catacombs at Milos, where the iconic Venus was discovered in 1820; and the mosaic-floored Roman baths of Kos, birthplace of Hippocrates.

One of the pleasures of late evenings in port is the chance to pull up to wonderfully fresh seafood at lively open-air, waterside restaurants. Among these: Varoulko in Athens, Roca Cookery at Mykonos, and Lavrio’s Allou Yialou. Also in Athens is rooftop Attikos, with a mesmerizing view of the nightlit Acropolis.

Hungry on board? Head for the Olympus or Amalthia restaurants or the Leda buffet, where menus serve up a feast of favorite Greek dishes. Think dolmades, spanakopita, pasticcio. Cooking demonstrations are scheduled, and recipes appear in the daily program. A supplement is charged for some menu items, such as whole sea bass or a T-bone, and there’s also a charge for room service food orders.

With the exception of one gussied-up night for the Captain’s reception and dinner, the dress code is mainly casual.

Throughout the week, passengers were noticeably coming and going. This was because some were on a 3- or 4-day itinerary, and some were enjoying the rare option of lingering on an island for a few days, then re-joining a cruise. A particularly enticing place to stay is the Louis boutique hotel on Mykonos. The Mykonos Theoxenia, a one-time hideaway for Jackie Onassis, is a 52-room charmer with a courtyard overlook that’s perfect for taking in a pyrotechnic sunset.

Port-intensive as the itinerary obviously is, it’s no surprise that days aboard lack the nonstop activity and entertainment programs intrinsic to larger ships. But some do exist. Between shore visits, cruisers can opt for bingo and Greek language lessons, crafts classes and dance instruction. Come evening, there are musical shows and entertainment in the lounges and dancing in the nightclub. Elsewhere: a casino, cozy bars, a small library, a boutique, an Internet corner and WiFi, a spa and fitness room, kids’ facilities, a pool, and a hot tub.

“We are a unique product that provides a real Greek cultural experience—a look at both archaeology and how locals live. Agents should tell clients that while our ships are comfortable, they are not the main thing; the experience is what they’re here for.” —Nicholas Filippidis, Director of Product Development, North America, Celestyal Cruises

What Travel Agents Are Saying…
“Recently I cruised with Louis and found the product to be more deluxe than what I had expected. True, it was not a luxury vessel. If you are looking for all of the aspects of a 3,000-passenger ship, then this is not for you. This is for the person who wants to have more time in ports. Passengers see so much in such a short time that it is unbelievable. Also unbelievable is how fast they can board and disembark a ship.

“Additionally, the commission on the tours is typically more than what you get from cruise lines. They pay us for booking tours and also for upgrading drink packages, and they have opened up online reservations for the travel agent community.” — Marc Tonti, Owner, Classic Travel and Tours 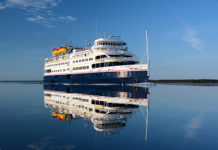 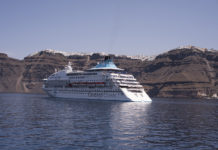 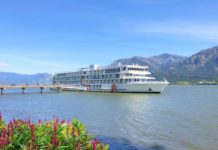