These are destinations that every golfer dreams about. And why not, for each has its fair share of storied courses that have hosted legendary matches from the British Open to the Ryder Cup.

scotland The property: St. Andrews Old Course Hotel in the town of St. Andrews has been described as a spa resort for the golf obsessed, facing links dating back to 1574. In reality, it is the only deluxe hotel in town, one that occupies a choice location alongside the famous Road Hole of the Old Course itself. In recent years, some $30 million was spent to transform the place into a world-class property. Guestrooms and suites—many with balconies—have been remodeled and refurbished with gorgeous wood furniture and state-of-the-art marble bathrooms. The hotel is owned by the Kohler clan (of sink and tub fame), which explains multi-nozzle showers in the rooms and chromatherapy (color therapy) baths in suites.

The greens: The name St. Andrews has a certain magic that brings tingles to the spine of every golfer. Who can forget that moment in 2000 when the world’s golfing eyes were turned to St. Andrews as Tiger Woods became the youngest golfer ever to complete a grand slam: right here. Golf was born here, where it has been played for more than 600 years. Today St. Andrews town operates seven separate courses; among those is the stunning new Castle Course, but hallowed ground for golfers is the Old Course. The course is 6,564 yards, par 72, and there are indeed a number of truly fearsome holes. But the notorious 17th, the Road Hole, is the scariest and has proved to be the deciding factor in many a British Open. Perhaps the 17th will be no less fearsome this year when the British Open 2010 returns to St. Andrews (July 15-18) to celebrate the 150th anniversary of the greatest golf tournament on earth.

The amenities: For dining and drinking, there are four restaurants and four bars; children have their own activities and baby sitting services; and there is the fabulous Kohler Waters Spa offering a wide range of treatments, as well as a glass-enclosed indoor pool, jacuzzi and health club.

The scene: There seems to be no end of lovely and often delicious places to be and to be seen once off the courses. The Kohler Spa—an oasis of tranquility—is one, afternoon tea in the glass-enclosed Road Hole Bar right by the course is another. Guests, pros and caddies gather to exchange golf gossip at Jigger Inn, occupying the old stationmaster’s lodge (1850), and in the summer light meals and afternoon tea are on tap in a casual dining room known as Sands.

The rates: From $315 pp dbl, including Scottish breakfast.

The property: Located on the coast, 50 miles south of Glasgow, the 104-year-old Turnberry Golf Resort has just completed a multi-million dollar renovation, focusing on the restoration of its public spaces and the 46 deluxe oceanview rooms—there are a total of 198 luxuriously appointed guestrooms. Now a member of Starwood’s Luxury Collection, the original property opened in 1906 as a grand Edwardian country house hotel.

Today’s Classic Rooms echo that period, with rich woods and fine fabrics, updated with flat-screen TVs and complimentary Internet access that is available in all guestrooms and public rooms. The new deluxe rooms have grand picture windows and large, totally updated bathrooms. Additionally, there are family rooms in the hotel, as well as nine 2-bedroom cottages for couples and families, and 12 luxury lodges with either six or eight en-suite bedrooms adjacent to the hotel with sweeping views across the courses and sea.

The greens: From the original two 13-hole golf courses, the complex has developed two 18-hole courses, Ailsa (6,950 yards/par 70) and Kintyre (6853 yards/par 72), known worldwide as the Turnberry Hotel golf courses. While the Kintyre Course is ranked in Scotland’s top 25, it is the Ailsa Course that attracts all the attention. Converted to an airfield during both World Wars, Ailsa was designed by Mackenzie Ross and reopened to the public in 1951. Today it is recognized worldwide as one of the most exacting courses yet devised and is ranked #1 in Great Britain—passing St. Andrews. The Ailsa has been the scene of PGA events and in 2009 hosted its fourth British Open. In addition, the resort has a 9-hole Arran Course, par 3 and 4 course, which opened in 2002 as a venue for on-course lessons and warm-up terrain for more accomplished players. The Colin Montgomerie Links Golf Academy offers a state-of-the-art teaching environment and facilities. 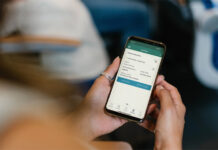 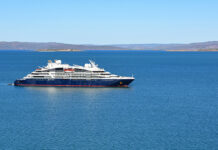 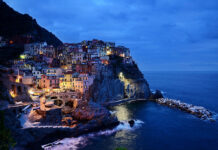 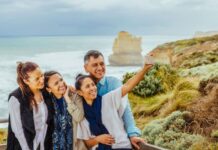 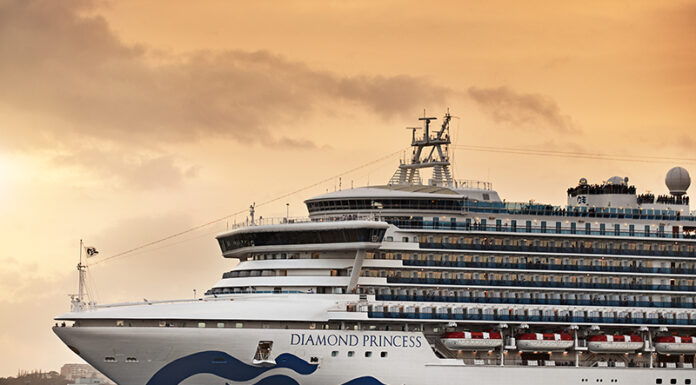