Listen closely to what USTOA members are saying, and you’ll be all smiles going into the holidays and into 2016. There’s a positive outlook for the coming year, with tour operator members showing strong growth this past year and going into 2016, and affirming that travel agents contribute significantly to USTOA members’ business. Let’s look at the numbers, shall we.

This surprised Terry Dale, USTOA’s president and CEO, who said, “The reason I was surprised was because it seemed like anecdotally what I was hearing for the first quarter [of 2015] was not demonstrating the strength that we thought we were going to have when we created our forecast in the fall of 2014. We came in with a pretty robust forecast for this year, and then it seemed like the first quarter it wasn’t materializing to meet that trend. Of course, we had the Paris attacks then, Ebola was still heavy on a lot of people’s minds, so I was pleasantly surprised when our numbers were reporting double-digit growth.”

According to Dale, travel advisors are truly an integral part of the bookings because “you need that educated travel advisor to guide you to the right product, the right company, and the right price point. It’s so critically important. We are all time-deprived. Yes, we can do a lot of research, but it takes such diligence, and it takes a lot of time to get it done right. Kudos to the travel agent community, too, for upping the game when it comes to education. The professionals are taking it seriously. I think the travel agent community should feel pretty confident. We can all remember the days when ‘oh, they are gone, and they are dinosaurs.’ Those days are gone.”

Members were also asked about trends and top destinations going into 2016, and Italy, once again, topped the list as most popular international destination for travelers in 2016, followed by the U.K.; China; France and South Africa (tied for third); Peru and India. In our own backyard, the members point to New York and California (tied for first); Arizona and Hawaii (tied for second); Nevada; Florida and Washington, D.C. (tied for fourth); and Alaska as the destinations of choice for U.S. travelers who want to explore the United States.

Now, when it comes to emerging destinations, some of the results might surprise you, although the number one emerging destination, Cuba, is certainly no surprise. It was, in fact, named the top emerging trend by 43 percent of members. You’ll want to note that 34 percent of USTOA members currently offer programs to Cuba, and 58 percent of those members plan to increase offerings in the next few years. That means lots of options for those curious clients who want to see Cuba now before it is inundated by mass tourism from the States.

The Caribbean island-nation was followed by Myanmar; also no surprise, especially if you consider the number of river cruise companies now sailing on the Irrawaddy (in fact, river cruises are also a top trend). Then there’s Iceland, Colombia, and, here’s where it gets interesting, Ethiopia tied with Japan for fifth place in the emerging destination list.

Dale mentioned that he had heard “over the course of the year, a couple of members saying, we’ve developed product for Ethiopia, and I said, ‘Really?’ So obviously they have their ears to the ground when it comes to what they are hearing from consumers’ interests and likes, so I was surprised, but now it’s starting to make sense.” Look to Alexander+Roberts’ new 12-day Adventures in Ethiopia program.

Of course, also top of mind going into the Centennial celebrations of the National Park Service, are the country’s national parks, which is certainly trending in members’ forecasts for 2016.

Now, what could impact all of this travel confidence are a number of things, say USTOA members. The top three potential threats to travel growth in 2016 are terrorism; global financial instability; and political instability. Although natural disasters, pandemics, strength of U.S. dollar, refugee crisis and the presidential election year are certainly something that could steer the numbers in the wrong direction.

That top potential threat, terrorism, is understandable, although the survey was conducted before the Paris attacks. That said, tour operators might be where you turn to when your clients are concerned about terrorism or any other threat. In the Packaged Travel Index: Future Travel Plans study, which surveyed 1,500 U.S. travelers with passports, the intention to book packaged travel increased by 5 percent for 2016, from 49 percent in 2015, to 54 percent in 2016.

Why that increase? Dale says it might have to do with safety concerns, although he also points to the convenience of booking through a tour operator. “I think there’s always the convenience, but in these more uncertain times, I think there’s an element of ‘let’s go with a brand or company that has another layer of safety, security, and on the ground professionals; god forbid something happens, we have a caretaker, we’ve got a safety net.’ I think that may also play into why we are seeing some upward movement in that area.”

Adding to passengers’ future travel plans, 46 percent of those surveyed said they expect to take more than three leisure trips in 2016, and in the next twelve months, 63 percent of them plan to travel domestically. Another noteworthy piece of information that came from the USTOA member survey was the booking window, with more than half of the members reporting bookings six to 12 months in advance for international travel, and more than half reporting bookings less than six months in advance for domestic travel. 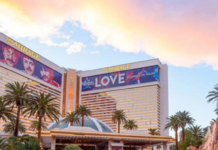 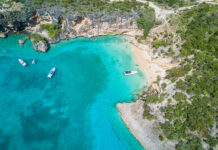 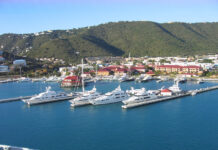 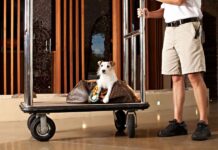 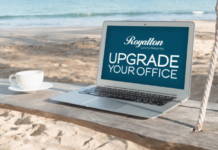