This article originally appeared in the Central & South America Guide. It has been extracted from its original format. To read the full guide, visit the digital edition.

Within a country roughly one-third the size of the U.S., one finds the jagged cordillera of the Andes and its tallest mountain peak, Aconcagua; the horizon-less pampas or prairies, of the heartland; 18 national parks; seaside, lake and ski resorts; colonial towns; the fjords of Patagonia in the south and the Indian villages of the north; and of course, the lively, cosmopolitan Buenos Aires. From B.A., visitors can fan out by air to Iguazu Falls, which spills through the rainforest and are higher than Niagara and wider than any in the world. Another top option is San Carlos de Bariloche, nestled in the Lake District amidst craggy Andean peaks, although Argentina’s most icy attraction, Los Glacieres National Park, lies farther south in Patagonia where Perito Moreno, a 100-sq.-mile glacier spills out onto Lake Argentino. At the southern tip of the country, Tierra del Fuego offers penguin colonies, glaciers and a taste of the Antarctic to clients, before they sail away on the various expedition cruises heading south from Ushuaia to Antarctica itself. (turismo.gov.ar)

✘ The go-to neighborhood nowadays in Buenos Aires is Palermo Viejo, divided into Palermo Soho and Palermo Hollywood where the most recent opening is the Palermo Place, with 22 guestrooms, complimentary WiFi, and custom-stocking of fully equipped kitchenette prior to arrival. (palermoplace.com)

✘ Bahia Bustamante is a new Atlantic Coast discovery, a great stopover between Buenos Aires and El Calafate for nature lovers who will find there are few places that house such a concentrated number and diversity of seabirds and marine mammals. Guests are accommodated in six Sea Houses,fitted with two bedrooms, bath, living room and kitchen right on the beach. Costs include breakfast, lunch/picnic basket and dinner, plus all scheduled activities: birdwatching, visits to a petrified forest and archaeological sites, a Patagonian ranch, and a boat excursion to the Malaspina cove to see sea-lion colonies, penguin and seabird rookeries. Closed April-August. (bahiabustamante.com) 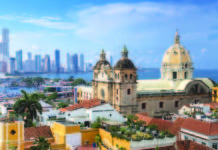 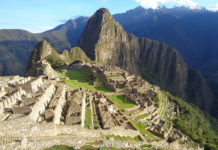 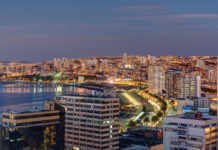 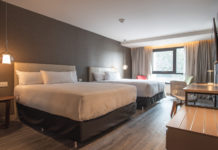