Holland America Goodies Offering even more reasons for your clients to book Holland America’s Alaska Land+Sea Journeys, the cruise line is building a new complex at the Denali National Park and Preserve entrance, Base Camp. The complex, set for completion for the 2016 cruise season, is part of ongoing improvements being made at the 60-acre McKinley Chalet Resort and will offer new dining, shopping and lounging options for resort guests. Included in the new amenities are an amphitheater with a covered performance stage and fire circles for guests to gather around. hollandamerica.com

Celebrate Alaska’s Culture
For clients who truly want to immerse themselves in Alaska’s native culture, recommend they head to Juneau June 8-11 for Celebration, a biennial festival that celebrates the Tlingit, Haida and Tsimshian cultures with traditional song and dance, food, arts, crafts and a whole lot more. It’s considered one of the largest gatherings of Southeast Alaska Native peoples—the event welcomes some 5,000 people, 2,000 of which are dancers. sealaskaheritage.org/institute/celebration

Pampered Adventure
Crystal Cruises is taking Alaska-bound adventurers to new heights with its 32-day expeditionary voyage, The Northwest Passage, from Anchorage to New York on board the Crystal Serenity. In Alaska, ports of call include Seward, Kodiak, Dutch Harbor and Nome, and while sailing in the 49th state, visitors will have the opportunity to explore Kenai Fjords National Park while calling at Seward; go fishing, mountain biking and museum-hopping in Kodiak; go sightseeing in Dutch Harbor; and go shopping for Inupiaq Eskimo crafts or spying wildlife out in the tundra in Nome. The cruise runs Aug. 16-Sept. 17, 2016 and cruise-only fares start at $22,855 pp dbl. crystalcruises.com

Bird’s-Eye View of Alaska
Opening May 2016, the 3-hour Denali Park Zipline adventure, located near the entrance to the Denali National Park and Preserve, will offer visitors a total of eight zips, six suspension bridges and over a half-mile of lines. It will also be the only zipline tour in the Denali National Park area, and offer spectacular views of the northern part of the Alaska range and surroundings. denalizipline.com 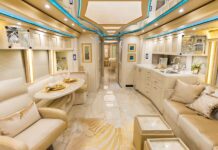 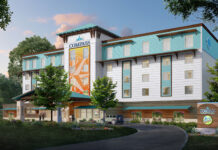