You keep coming across updates on the post-hurricane situation in the affected islands for one simple reason: The situation keeps evolving. Fortunately, this evolution is in the right direction. Here’s the latest on five island destinations from a Caribbean Tourism Organization news conference:

Anguilla
The island is as easy to reach as ever: Ferry service has been restored despite the damage to the terminal at Blowing Point; Anguilla Air Services and Trans Anguilla Airways are flying from St. Maarten; Seabourne connects with San Juan; Tradewind Aviation starts service Dec. 14; and Sunwing and Air Transat will serve Canadians this winter. About 1,200 rooms are open, including five-star resorts such as Zemi Beach House, the Four Seasons Anguilla, and The Reef at Cuisinart, not to mention old favorites like Carimar and Frangipani Beach Resort, and the new Quintessence, a Relais & Chateaux property. Cuisinart Golf Resort & Spa, Malliouhana (Auberge), and Belmond Cap Juluca will reopen in November.

“We’ll have a full compliment of resorts,” says Alison Ross of the Anguilla Tourist Board, “and all the properties have used the recovery to upgrade and come back better than ever.” She adds, “We actually have more villa rooms than hotel rooms,” noting that many of them offer good value on a per-room basis. Attractions, events, activities, and 90 percent of the restaurants—Anguilla is an epicurean as well as a beach destination—are back, too.

Antigua and Barbuda
Hurricane Irma crushed Barbuda but, says Colin James, CEO of the Antigua and Barbuda Tourism Authority, “it had little or no impact on Antigua…Only Galley Bay Resort was slightly damaged, but it reopened by December, so 100 percent of the island’s hotels, restaurants, and tours are functioning.” (This reporter, just back from Antigua, couldn’t find a trace of Irma.)

By contrast, the hurricane flattened Barbuda, but now two-thirds of that island’s residents have returned and schools have reopened. “The birds are back, vegetation has returned, beaches are well sanded, and the coral reefs are coming back…Nature restores itself pretty quickly; it’s remarkable,” says James.

Day-trippers are visiting again, Windstar may return this winter, Barbuda Bell Luxury Beach Hotel reopens in November, Coco Point Lodge may soon have a new owner, and Robert DeNiro’s hotel project is back on track. Meanwhile, lessons learned: “We’ve upgraded shelters, we’re making sure gullies are clear of debris so water can flow freely without causing flash floods. And if there’s a hurricane threat, evacuations will be mandatory now. The whole focus,” says James, “is to preserve life, minimize impact on property, and restore services as soon as possible.”

Dominica
Colin Piper, CEO of the Discover Dominica Authority, reports that Hurricane Maria severely damaged 26 properties on the Nature Island, and 13 were completely destroyed. Today about 400 of the pre-Maria total of 962 rooms are operational. The Dominica AID Bank is helping hotels, restaurants, other tourism facilities, and the medical schools get back on their feet. For example, award-winning Secret Bay will reopen in November, partly reopened Fort Young Hotel is working on 60 rooms so it can have a total of 101 in February 2019, and Jungle Bay Resort will reopen with 60 villas and 120 rooms. Kempinski and Marriott properties are also going up. Airlines have restored service between Dominica and Antigua, Barbados, Guadeloupe, San Juan, and St. Maarten, and InterCaribbean Airways has added routes to Tortola and Saint Lucia. The ferries to Guadeloupe, Martinique, and Saint Lucia are running, too. Of the 23 official sites and attractions, 19 are operational, as are the winter-season whale-watching boats and seven dive operators. (Dominica has long been one of the top islands for diving in the world. The storm damaged 35 percent of the coral reefs, but divers are seeing little or no damage below 45 feet in depth.) There will be a full schedule of cruise ship calls for the 2018-19 season. Last week, a new ReDiscover Dominica Campaign debuted a 4-for-3 offer, and the upcoming World Creole Music Festival will coincide with Dominica’s 40th anniversary of independence.

Dutch St. Maarten
Minister of Tourism Cornelius de Weever reports that 54 percent of the Dutch side’s rooms will be operational by the end of this year. Divi Bay Hotel reopened two weeks ago. Oyster Bay Beach Resort partially reopened June 1 with 85 remodeled rooms, Sonesta Ocean Point will return in November, and Sonesta Maho Beach Resort, Casino & Spa in February. The Sonesta Great Bay is being converted to a Planet Hollywood, “hopefully by June 2019,” says de Weever. “The airport was really damaged,” he admits, “but we’re hoping for full functionality in the first half of 2019, although we may have to push that back.” Meanwhile, both legacy and discount carriers from the U.S. and Canada are flying to Princess Juliana International Airport (SXM), which serves as a hub for flights to Anguilla, St. Barths, Saba, Eustatia, Tortola, and even Aruba and Bonaire. De Weever adds, “We’re trying to fast-track pre-clearance for U.S. citizens.” Despite damage to cruise ship facilities, St. Maarten is welcoming thousands of passengers, and more will return in the fall. Back on land, building codes have been updated with sustainability in mind. “We’re 90 percent ready for the upcoming hurricane season,” says de Weever, although he notes, “there is nothing that could have prepared us for a Cat 5 hurricane.” Lastly, in May the Dutch and French sides of the island signed an MOU to promote tourism. As De Weever puts it, “We’re like Siamese twins.”

French St. Martin
Many North American visitors fly to SXM, but Valerie Damaseau, the first v.p. of French St. Martin Territorial Council, notes that the airport on the French side reopened Sept. 8 and is undergoing an extension that will be completed by 2020. Taxi and WiFi service are being upgraded, too. “We had 1,500 hotel rooms before the hurricane; 200 are available now, and there’ll be 500 by December,” she says. “Sol e Luna and Le Petit Hotel will reopen in a couple of days, Grand Case Beach Club in October, and Hotel la Plantation, Esmeralda Resort, and Riu Palace St. Martin will reopen in November.” There is no firm date yet for Belmond La Samanna.

In Marigot, “Craft markets up and running, West Indies Mall had little damage and has been open for a while, and some restaurants on the strip have reopened. By November the Lolo’s will have a new setting on the waterfront.”

Puerto Rico
Despite the loss of so many lives in Puerto Rico during and after Hurricane Maria, the island’s tourism sector has rebounded with astonishing vigor. Here are some salient numbers from the Puerto Rico Tourism Company: 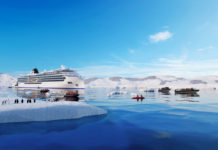 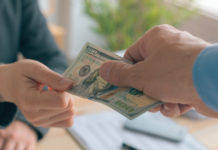 Get Paid to Upgrade with Apple Leisure Group Vacations 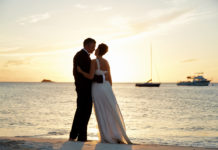