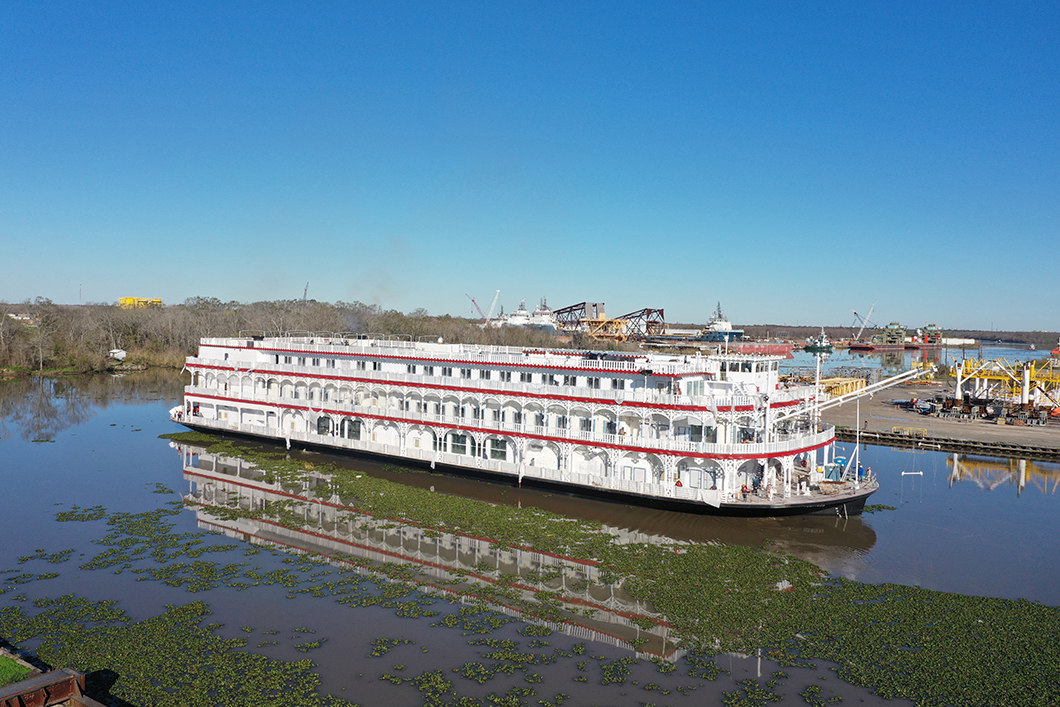 The American Countess, American Queen Steamboat Company’s fourth vessel, has completed its second successful sea trial as it prepares for its christening in New Orleans on April 4, 2020. Its inaugural sailing is April 5-13 from New Orleans to Memphis.

The 245-passenger riverboat joins the American Queen and American Duchess on the Mississippi, Tennessee, Ohio and Cumberland rivers.

On Wednesday, February 19, the American Countess navigated through a section of the Intracoastal Waterway in Houma, LA en route to Morgan City, LA as part of an extensive river trial completing several key tests and simulations as part of its Certificate of Inspection, issued by the United States Coast Guard.

The completion of this trial puts the vessel on track for an on-time delivery from Gulf Island Shipyard. A VIP cruise and christening is scheduled for March 31 through April 4.

“The successful completion of these sea trials is a testament to the hard work of our team,” shares John Waggoner, founder and CEO of American Queen Steamboat Company, in a statement. “As we approach the grand debut of the American Countess, I could not be more excited to bring this new experience to our guests.”

Built using the existing hull of a former gaming vessel, the Kanesville Queen, the American Countess was lengthened by 60 ft. and underwent a total renovation. Her new design will offer plenty of open space for gathering, especially the portside bar with floor-to-ceiling glass giving guests a panoramic view. With four decks, including a sun deck, and 123 staterooms in four categories, this paddlewheeler will sail on six- to 15-day itineraries.

“A tremendous amount of time and effort by our team members, in addition to those from the shipyard in Houma and all of our partners, has gone into making this last sea trail a triumph,” said David Kelly, executive vice president of American Queen Steamboat Companies, in a statement. “I am honored to be part of the team that has had the vision and courage to transform the vessel into what is now the American Countess.”

Following the christening, the American Countess will start her maiden voyage on April 5, 2020, sailing from New Orleans to Memphis on the Antebellum South itinerary. This journey showcases the diversity of the Lower Mississippi River on an eight-day sailing that starts with a stop at the company’s exclusive port at Nottoway Plantation and continues up the river to St. Francisville, Natchez, Vicksburg, Port of the Mississippi Delta and Memphis.

For more information, go to americansteamboatcompany.com. Additional insight on the company can be accessed here and here. 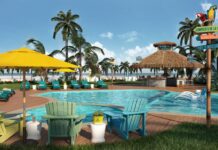 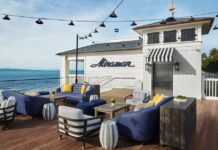