There’s more to Lucille Sive, CEO of the Travel Corporation’s Africa division, than meets the eye, so we decided to ask her those comical, personal and telling questions to reveal the woman behind the suit. Lucille immigrated to Canada from South Africa, but travel wasn’t what took her there. Though her career didn’t start off in the travel industry, a passion for travel did steer her that way. She began her career as a math and drama teacher in South Africa. Later, she transitioned into the travel industry after taking a travel course and craving to travel a bit more.

With lots of travel under her belt, Lucille describes the moment when she saw a lioness with her cubs as her most memorable one. We’ll let her explain in the Coffee Time With Industry Vets Q&A series.

Where did you go on your first trip and how old were you?
Well, the first time I ever left the continent of Africa was when I emigrated to Canada. I was 27 years old and my husband and I left our home in South Africa to start a new life in Canada.

What is your most vivid travel memory?
I have so many memories, as I travel a lot and it’s one of my passions. But my favorite and most vivid is the time I went to Sabi Sabi with my mom about 15 years ago. We were on an evening game drive around 4 p.m. We were traveling down the road and the ranger pointed to a lioness who had just given birth to four cubs. He said, “She’s just given birth and is very protective so you won’t be able to see her cubs.” At that very moment, she moved and we saw the cutest lion cubs, who were only about seven days old. The lioness got up and picked up one of the cubs in her mouth and walked right in front of our safari vehicle to bring the cub up a hill. She did this four times and by the time she took her last cub up the hill, everyone was in tears! I was so glad to share that moment with my mom.

What was the “aha” moment that led you into the travel industry?
Unfortunately, there was no real “aha” moment for me, as I really fell into the travel industry. In South Africa, I was a mathematics and drama teacher. After moving to Canada in 1982, I would have had to re-do all of the required qualifications in order to continue teaching. So I decided to do a travel course instead, and convinced the manager (at the time) at Lion World Travel that I could do marketing. At the time, I wanted to get a job in the travel industry so that I could see the world.

Where did you go on your honeymoon?
Robert and I went to Maseru, which is in Lesotho, a country inside South Africa. We then did an extended honeymoon on our way to Canada and stopped in Greece.

What was your favorite trip you took last year and why?
I had two favorite trips from last year. The first was to Shamwari Game Reserve located in the Eastern Cape in South Africa. It was one of my favorite trips because Shamwari puts a key focus on the conservation of wildlife and nature. One of the most memorable parts of the trip was going up in the TreadRight Bat Hawk—a specially designed lightweight sport aircraft that serves as an important tool for combatting rhino poachers in the field. It lets the pilot identify rhinos by their ear tags.

My other favorite trip last year was taking Uniworld’s Legendary Rhine & Moselle itinerary. The cruise started in Amsterdam and ended in Basel. With farm-to-table culinary experiences, personalized travel itineraries and unmatched service, it was a truly luxurious trip where every little detail was taken care of…it was one of my favorite trips, and one I’ll never forget.

Where would you like to go that you have yet to visit?
Japan is definitely at the top of my bucket list because I love experiencing different cultures and it’s a wonderful combination of modern and traditional cultures.

You can tell us – do you collect magnets from the destinations you’ve visited?
Shoes are greater than magnets.

What do you do to pass the time on the plane ride to your destination?
I read a lot and I also play games on my phone and iPad to help pass the time. I try not to work as I find that this is time I have for myself.

Who is your favorite travel companion?
My husband, Robert.

If there were one hotel room in the world you could call home the rest of your life, which would it be?
Le Sirenuse in Positano. It has breathtaking views of the Almalfi Coast and is so tranquil and peaceful.

What is the best food you’ve had on a trip? The strangest?
The best meal I ever had was in Barcelona in an Italian restaurant called Da Greco. The food was just to die for and we always recommend it to people we know who are traveling to Spain.

I don’t come across many strange dishes as a vegetarian.

What can’t you travel without?
My iPad and my Blackberry, and yes, I’m still on a Blackberry.

Who is the most interesting person you’ve met while traveling?
My husband and I met Bishop Desmond Tutu, a South African social rights activist and retired Anglican bishop, at Skukuza Airport in South Africa. 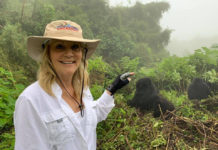 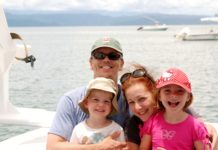 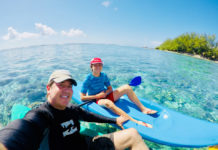 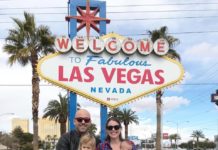 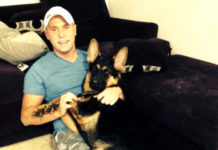