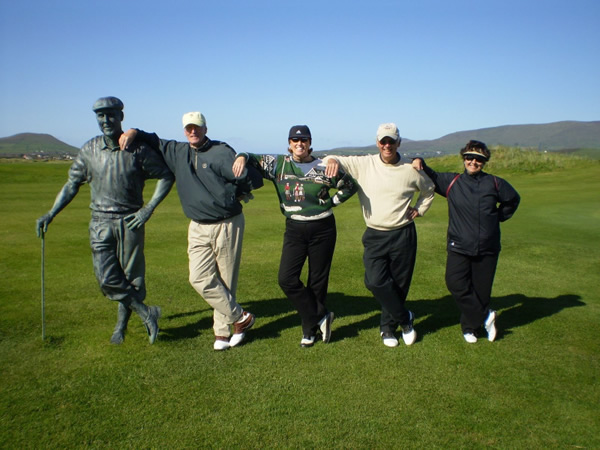 Golf in Cambodia? Why not, says Mark Barnes, v.p. of marketing for PerryGolf. “It offers product diversification; it’s part of our new product development strategy for couples, and it offers travel agent appeal.” Yes, you read right—“product development strategy for couples,” because according to Barnes, the operator has seen an upswing in couples booking golf vacations. In fact, there’s an entire page on the company’s site dedicated exclusively to couples golf vacations.

So what exactly does the company’s 9-night Vietnam & Cambodia 2014—Golf, Temples & Tombs (from Feb. 12-21, 2014) itinerary have in store for golf aficionados and their companions? Well, obviously there’s lots of tee time on Sir Nick Faldo-, Greg Norman- and Colin Montgomerie-designed courses (six rounds of golf in total), but there’s also time dedicated to sightseeing in two of the destinations causing lots of buzz on travelers’ radars. The itinerary hop-scotches from Ho Chi Minh City and Da Nang—where golf takes center stage—to Hue, Hoi An—where clients take time to participate in a cooking class—and Siem Reap, where golfers have time to hit the courses. You can even throw in a 3-night stay in Bangkok pre-tour in case golfers want to try their hand at Suwan Country Club, one of the city’s best courses and host to Asian tour events and the 2012 Thailand Open.

Ok, so we know PerryGolf isn’t shy about pushing the boundaries with its packages, and why should they be—they’ve been around for nearly three decades. Back in 1984, when, according to the company, most golfers were left to their own devices for arranging their own golf vacations, two Scottish (of course!) golfing brothers founded PerryGolf and they were, they say, among the first to provide a full-time staff of highly knowledgeable golf travel specialists who acted on client’s behalf to coordinate the many options for golf, hotel and local transportation into a seamless itinerary.

Nowadays, Barnes says they stand head and shoulders above the rest of the golf tour operators by providing unrivalled access to play on the Old Course, St Andrews; the largest portfolio of choices for couples; a fleet of VIP golf coaches with concierge drivers; and the most international destinations.

On its New Zealand tour, for example, there’s a fishing and wine tour, while its South Africa tour includes a safari. As you can see, for PerryGolf the destination is an integral part of its golf tour packages. Barnes points out that “the destination is vital, particularly for the couples portion of our business because these groups will frequently consist of golfers and non-golfers. Also, it’s not unusual for the couple golfers to book only a portion of their days with play, whereas the avid golf groups play every day.”

Cambodia, Vietnam, South Africa and New Zealand are all well and good, but golf aficionados want to play where it all began, so it comes as no surprise that the company’s most popular package is the 6-night Classic Scotland, which includes guaranteed play at the world’s first and most famous club, St Andrews, plus play at Turnberry, a host venue for the British Open. It’s valid for travel May to October 2013.

Of course, the company’s 2014 Ryder Cup package in Scotland at The Gleneagles Hotel is another popular choice. Taking place Sept. 24-29, the company is offering three packages with luxury accommodations in St Andrews for five nights at the five-star Fairmont St Andrews Golf & Spa Resort. The lead package ($6,450 pp, land-only) includes everyday attendance beginning with the opening ceremonies, golf at Kingsbarns, complimentary golf at the Fairmont’s Kittocks Course, 5-night accommodations, shuttle service to Gleneagles and more. There are also a limited number of “split attendance” packages for those who wish to share their time at the Ryder Cup with additional golf and sightseeing.

Average cost for a PerryGolf package? $4,000, land-only, and you’ll get to put a 10 to 12 percent commission in your pocket. 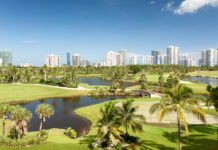 Renovated Golf Course in Miami & Golf Camp for Grownups in 2020