In a recent ASTA press release targeted to consumers, the travel agent organization made the point that even in these troubled economic times, foreign travel need not be cost prohibitive and, ASTA argues, “With the economy slumping and the overall national mood down in the dumps, it’s more important than ever to take some time to reconnect with family and friends. One might think taking a vacation overseas is out of the question, but not so,” say ASTA travel agents. The association recently surveyed its members about budget-friendly international destinations and found that with a little bit of planning, even a small budget can take you a long way.

The survey, ASTA reported, ranked Mexico overall as the most budget-friendly destination with two cities in the top five: Cancun (#1), and Puerto Vallarta (#4). Other cities that came in as budget-friendly were Punta Cana, ranked second; London, which was ranked third overall; and Bangkok, which came in fifth.

The travel agent survey pointed to Cancun’s close proximity to the United States and a multitude of all-inclusive offerings, as well as a favorable exchange rate and affordable airfare, in ranking the city as most budget-friendly. The same factors, in addition to inexpensive package deals, put Punta Cana into second place, while London scored the third spot due to its many hotel options and reasonable airfares.

This month, we also looked into affordable foreign travel and learned that the Central Europe Experience—a general marketing organization made up of the Czech Republic, Austria, Germany, Slovakia, Hungary, Poland and Germany—beat us to the punch and developed a series of activities, accommodation selections, attractions—even restaurants—that would enable clients to enjoy those respective countries on $100 per day or less. As you’ll see in our feature on page 18, it’s absolutely amazing how cost-effective travel can be in Europe. Sure, to get in on that $100 per day number, stays are in three-star hotels, but the reality is, many two- and three-star hotels in Europe are family-owned, exceptionally clean, quite comfortable and very often, quite close to city centers.

So don’t give up on selling Europe travel, or for that matter, any foreign travel vacation programs because the deals are out there for your clients.

corrections In our Galapagos Islands feature (page 50, March 2009), the correct company for the owners of the 100-passenger M/V Galapagos Eclipse cruise vessel is Ocean Adventures, not KleinTours as stated in the article. In that same issue in our Agent Profit Center (page 12), we inadvertently cited the ShoreTrips owners as Barry and Julie Kemp—the last name is actually Karp.

next month We’re going to be looking at a variety of markets for you next month. In North America, we’re going to be focusing on golf vacations in California, Las Vegas and Florida; in Asia, we’re going to be targeting culinary travel; and we’re also going to be taking a look at new ships and new destinations for 2010 in the river cruise market. And last, but certainly not least, you’re going to be able to enjoy our 2009 Continental Airlines Guide to the Caribbean. In the meantime, have a great read. 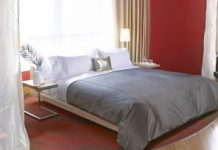 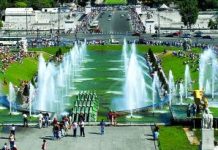 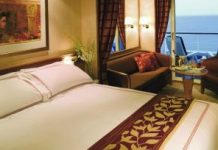 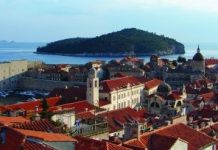