If the weather cooperates, it might be around that time of year when thousands of tulips indigenous to Turkey—not to the Netherlands as commonly thought—begin to blossom. It’s a magnificent sight as one walks up to Istanbul’s Topkapi Palace, primary residence of the Ottoman sultans for roughly 400 years, with whites and yellows and hot, hot pinks pushing their way into an already overwhelming vista of minarets, domes and blue-eye amulets.

Istanbul is a 2010 European Capital of Culture, a designation from the European Union that allows the chosen city to showcase its cultural richness and development throughout one calendar year—an incredible opportunity for destinations to come out with bells and whistles and attract more visitors.

“Being named as one of this year’s European Capital of Culture will surely benefit tourism to Turkey and improve its image as an official ‘European’ destination. It also will further Istanbul’s burgeoning reputation as being a melting pot of people, places and culture, a multi-influenced city whose diversity is reflected in day-to-day life and the artistic output achieved here,” says Nihan Bekar, director for the Turkish Culture and Tourism Office in New York. “Educated, cultured tourists also tend to spend three times as much as normal tourists. This means that, as a European Capital of Culture, Istanbul will draw the kinds of sophisticated, generally affluent travelers that patronize upscale hotels and restaurants, stay for longer periods of times than other travelers and will consider a repeat visit. Those who come to Istanbul for cultural and artistic projects will also see why the city was granted this designation—its cultural riches, mosques, churches, palaces and museums. Historical buildings have also been renovated and new museums will be established to protect and display our cultural assets.”

According to Bekar, people from the worlds of culture and the arts, as well as different types of media, will also be making their way to Istanbul this year from Europe and other destinations. “This will make a positive contribution to the promotion and branding of Istanbul. [It] will give a boost to the city’s economic relations with Europe as well as contributing to its cultural relations,” she adds.

If you’re seeing Istanbul for yourself this month at ASTA’s International Destination Expo, know that no matter how hard you dig and how long you walk, you’ll only see a minuscule portion of this magnificent city. You, or your clients, will of course start off in Sultanahment, the heart of the old part of the city and home to the Topkapi Palace, Blue Mosque and Aya Sofya. You’ll head to the exciting Spice Market for not just spices but also embroidered boots, silk scarves and lamps. You’ll lose yourself for at least a full day in the Grand Bazaar and love it all. But don’t neglect the rest of Istanbul. Stop by Taksim Square, the center of modern Istanbul, in the new part of the city—always bustling and rushing. Take the time to enjoy a drink in one of the many bars that offer incredible views of the city and the Bosphorus (the Conrad Istanbul has a good one on the 14th floor). And don’t neglect the many attractions that keep popping up or being re-discovered, including the gorgeous, 1,700-year-old Binbirdirek Cistern, where hundreds of columns now play host to a cafe, restaurant and the occasional flashy bash.

spa, wine + tourism It’s a busy, happy year for the city. Next month, Istanbul will host the 2010 Global Spa Summit (May 16-19), an invitation-only pow-wow bringing together the top leaders in the spa, hospitality and wellness industries from around the world. Spa options are yet another attraction here; has anyone not heard of a Turkish hamam? Besides the traditional steam baths that have long made their way to all corners of the world, there is a wealth of natural springs throughout, plus all those divine facilities available in some of the country’s best hotels and resorts. In Istanbul, clients can visit the Suleymaniye Hamam built by Suleyman the Magnificent in 1557, which is open to both men and women and even children.

“We hope to expand knowledge and visitation of certain aspects of our tourism industry to incorporate more Americans. Bodrum would be a great example. This is a renowned resort destination for much of Europe but does not have nearly as high a profile here in the U.S. Spa and wellness tourism is another area of growth we are exploring in the U.S. market, a prime audience to take advantage of the 1,300-plus thermal springs scattered throughout Turkey.” 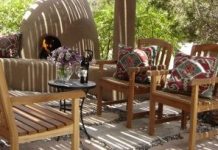 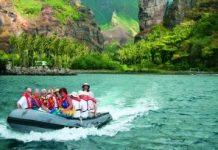 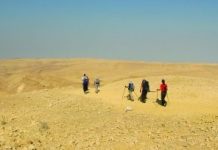