It’s just after Sukkot, the 7-day Jewish harvest holiday, and the hooks holding the traditional tents are still hanging from the atrium of Jerusalem’s newest five-star hotel. Strolling through the courtyard at the Waldorf Astoria Jerusalem feels just as if you’re walking through the Old City, the lamps and Ottoman-style arches bringing elements of Jerusalem’s streets indoors.

“The hotel is more Jerusalem than Jerusalem is these days,” jokes the charming guest relations manager Amira Lauer while touring the property. Perhaps she is referring to the upscale Mamilla Mall that stands between the hotel and the Old City, or maybe it’s the fact that we’re standing in the Middle East’s first luxury hotel, the former Palace, built under Mufti in 1929.

Over the past 80-plus years, the Palace has changed hands becoming government offices and even a tax museum, but now after eight years of restoration, the facade has been fully restored and the interior replicated, reopening once again as a luxury hotel in 2014. This time, the 226-room hotel bears Hilton’s prestigious Waldorf Astoria brand, but it’s careful to meld the modern with the traditional. The lobby’s grandfather clock (a Waldorf signature) is the perfect example. Inspired by the clocks at the Jaffa Gate, an artist created an updated version to suit the hotel with a design that revolves around one of the land’s Seven Species—olives.

Even your clients who don’t have a connection to Israel will appreciate the hotel’s modernized conservative approach to everything from the design (dedicated Shabbat elevators operate in a special mode on the Sabbath) to kosher kitchens.

Jerusalem-born chef Itzik Mizrachi Barak crafts masterpieces in the two fine dining restaurants, the Palace and King’s Court, that would be perfectly suited for any Michelin-starred restaurant in Europe. Drawing inspiration from the Bible, the chef uses ingredients found in the Book of Deuteronomy to recreate Waldorf classics like a kosher version of a Waldorf Salad, as well as more whimsical numbers like salmon confit in a cloud of smoke.

“Ten, 20 years ago they used to say that if you go to Israel, you won’t eat well because the food’s not good. I assume that may have been true in the 60s or 70s, but Tel Aviv and other places around the country have gone through a very extreme change,” says Ronnie Fortis, country manager for Hilton Hotels Israel. “If you go around Tel Aviv now, you’ll eat much better at a decent value for money compared to many other European and American destinations. The old picture has changed completely, and even Jerusalem has become a trendy place in addition to all the history.” Hotel rates in May start at $525.

Kosher & Contemporary in Tel Aviv
The Waldorf Astoria may be Hilton’s newest luxury hotel in the country, but the brand’s flagship in Israel dates back to 1965 in Tel Aviv. One of the first Hiltons to open outside the U.S., the 560-room Hilton Tel Aviv (rates from $450) was also the first international luxury hotel in Israel. One of the advantages the hotel had 50 years ago that it still maintains today is the locale. Set on Independence Park with every room offering a sea view, guests feel like they’re in a secluded beach resort that’s just a quick drive or stroll away from the heart of the city.

The hotel features five kosher restaurants and bars, but the group also dined at one of the chicest spots in town. Chef Aviv Moshe’s Messa was packed with a well-clad crowd of locals and tourists sampling the nouveau Israeli fare that takes some of mom’s techniques and adds haute flair. The result is an inventive menu ranging from veal “baklava” to foie gras carpaccio with tahini paste and date honey.

Pole-to-Plate Eating in Eilat
Tel Aviv is constantly compared to Miami in terms of its beaches and nightlife, but just a few hours drive away through the lowest point on Earth—the Dead Sea—lies Eilat, Israel’s version of a beachfront Las Vegas. The 481-room Hilton Eilat Queen of Sheba is based on the myth of the queen’s journey to meet King Solomon, and the hotel itself seems every much as fantastical. Ancient artifacts hang from the temple dome-shaped lobby, and the swimming pool sitting alongside the Red Sea is meant to inspire feelings of a royal garden. If your clients really want to live like royalty, recommend the 2-bedroom Queen of Sheba suite, featuring a private terrace with a tucked-away jacuzzi overlooking the Red Sea bay. Hotel rates in May start at $243.

Attractions in Eilat range from casinos to Funtasia Amusement Park, the Coral World Underwater Observatory and Dolphin Reef, where you can dive and snorkel with dolphins in the Red Sea. If your clients would rather dine on the water than get in it, one of the landmark restaurants, Pago Pago, floats right on the marina and serves up an array of dishes caught fresh from the sea that day. 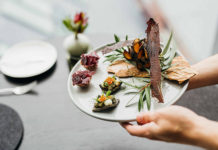 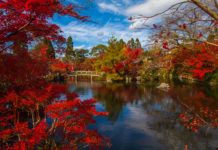 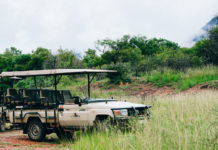 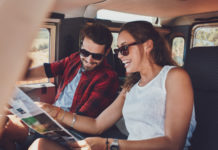