In this year of challenges, it’s always interesting to see what segment of the travel industry performs best and certainly—judging from the reports the luxury hotels/resorts and high-end tour operators gave us in the features for this month’s luxury issue—the luxury market appears to be bulletproof. Ian Swain of Swain Tours says that after the holidays, his company’s phones were ringing off the hook and clients were booking closer in than ever before, eager to head off to exotic locales in Asia, South America and Africa. “We’ve never experienced anything like this before,” the veteran tour operator pointed out.

Even India, which took a tourism hit following the Mumbai attack (see page 20) is coming back, particularly in the high-end segment. But it’s also interesting to note that despite the economy, there’s still expansion going on in the tour operator marketplace. GOGO Worldwide Vacations, for example, has expanded its inventory after its acquisition by Flight Centre Limited early last year. “This year we’ll roll out North Asia, so that will include China, Hong Kong, Japan and Korea, and later this year we’ll be looking at Africa, India and South America,” says Dean Smith, president of GOGO, which had already introduced Australia, New Zealand, the Pacific, Southeast Asia, Dubai, and Abu Dhabi last year. And, he adds, “This is very exciting for us that we, as a wholesaler, will be able to…have a truly…global reach.” (see page 10)

But even more important to the travel agent community, tour operators are going out of their way to support agents with some pretty interesting programs to enhance sales possibilities. Trafalgar Tours, for example, is thinking outside the box with its Travel Agent Rescue Plan to help cruise-selling agents increase sales and retain clients by selling escorted tours to clients who have “sampled” destinations on cruises. By expanding their product line, taking advantage of higher commissions and no “non-commissionable” components, Trafalgar says this program will allow agents to increase their revenues during this time of economic uncertainty. The “Travel Agent Rescue Pack,” available at trafalgartours.com/rescue, contains collateral that outlines a step-by-step approach for selling escorted tours to an agent’s current cruise customers, along with a selection of Trafalgar brochures and DVD detailing the Trafalgar experience. Undoubtedly, even more opportunities for new sales venues and short-term discounting will be popping up in the marketplace to help everyone get through this historical recession.

next month You won’t want to miss our March issue, which will feature our first-ever Caribbean Summer Sale special advertisement section that promises to be full of great deals your clients are going to find hard to resist. In yet another special section, we’re going to bring you coverage on selling first-time travelers to Egypt—keep in mind this tourism powerhouse saw 13 million visitors last year—and help you plan programs for repeat visitors, as well. If you’re looking to develop new business, you’ll also enjoy our feature on selling first time river cruisers. There’s plenty more, as well, but in the meantime, have a great read. 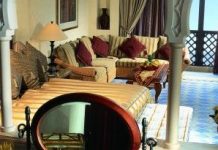 Building the Icon of Luxury Jumeirah 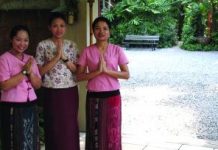 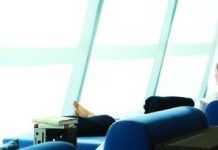 Spas at the Sea Upping the Luxury Profile 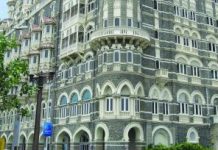 Battered India’s on the Mend