This month, as you may have already noticed on the cover, we’re taking a look at luxury around the world in all of its varied aspects—from your basic boutique hotels and experiential travels to over-the-top stays and exquisite experiences. One of the most interesting aspects of this market segment, however, is that despite the costs involved, it appears to be the strongest in the entire travel sector. Virtually every luxury tour operator we’ve talked with over the past five months have all said that 2009 was one of their best years ever. Africa tour operators, for example, such as Mark Nolting of The Africa Adventure Company, which sells some pretty pricey programs at some very high-end properties all over Africa, told us a few months back that 2009 had been a big year and 2010 bookings were looking just as good. He also said that it was the biggest year they’d ever had in terms of short-term bookings. Ashley Ganz of Artisans of Leisure, which sells luxury programs literally all over the world, said their company, as well, never skipped a beat sales-wise, adding that, “We had a great year and it’s looking very good for next year. They’re already booking for 2011.” High-end product in Egypt sold very well, too, according to Nicole Beattie, Arabia & North Africa program director and Indian special interest program director for Cox & Kings. She mentioned that Egypt was one of her hottest products last year and one of her best selling.

Here’s another interesting point that, again, virtually every one of the luxury tour operators has brought out, the emphasis on life experiences. Yes, experiential travel has been a buzz phrase that’s been going around for quite a while, but over the past year, particularly in the luxury segment, it seems to have taken on even more life.

For example, our cover story this month is on Papua New Guinea, where you won’t find much luxury, but plenty of life experiences that travelers will find are unique to this corner of the world. Morocco is another good example of this sort of experiential travel. Nicole Beattie explained that when she packages high-end clients to Morocco she books riads—those small, boutique-like properties usually found in the medinas of the old cities—so they have the opportunity to immerse themselves more into the culture. She also added that that’s why they add an English-speaking, licensed guide along with car and driver in their Morocco programs, so that in addition to seeing and learning about the attractions, the guide also gives them a more intimate insight into the Moroccan culture.

We know we urge you every time we come out with a luxury issue that if you’re not selling luxury product, you should, but now, in this somewhat post-recession economy, it’s almost a necessity.

corrections In our December issue in the Readers’ Choice Awards feature on Rail Europe, we said a Swiss Rail Holder would get free access “…to 400 museums in Europe.” Wrong! That would be 400 museums in Switzerland. Where do they put them all? In our January Southeast Asia feature, we captioned a floating market photo (page 28) as being in Vietnam. We were wrong again, as one of our readers was quick to point out. It’s actually Thailand.

next month
We’re doing something a little different next month—a feature section called Buy American, with a focus on selling the South, including the Florida Panhandle, and the niche product that’s available there. We’re also going to bring you our annual Continental Airlines Guide to Latin America in which we’ll highlight the most special places in the region. In the meantime, have a great read. 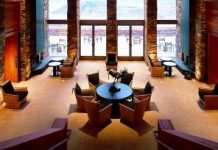 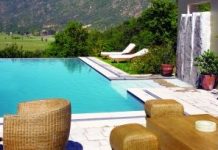 Chile is Hip All Over 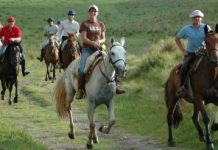 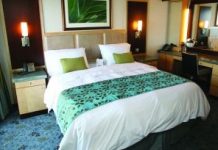 Go Big Time with Oasis of the Seas