When the Roydon family opened Anguilla’s first upper-crust resort, Malliouhana (1984), it boasted an innovative, Moorish-influenced design, European-level service, and two beautiful beaches, but the Roydons didn’t stop there. They recruited Michelin-starred chef Jo Rostang to create a serious French menu. TV had not yet turned chefs into sex objects, so hiring Rostang for a resort in the English-speaking West Indies set a new standard. When Cap Juluca opened, it responded with an even more Moorish design and an ambitious restaurant. Then kitchen implements maker CuisinArt opened a resort with Mediterranean looks and superlative cuisine. A trend was born.

Since then, restaurants throughout the Caribbean have picked up the foodie trend, so Anguilla’s chefs keep raising the bar higher. “Anguilla now has so many great places to eat that this becomes a way to sell the island,” says Robyn Potter, luxury travel specialist and owner of Robyn Potter Travel. With that in mind, we recently revisited Anguilla to eat our way around the island. So ditch the donuts, here’s a guide to Anguilla’s culinary scene.

The two da’Vida restaurants at Crocus Bay do the near-impossible. Although appetizers at white-tablecloth da’Vida run from Thai beef salad to Peruvian ceviche to Anguilla-style crabcakes, and entrees include Angus beef, Asian-spiced grouper, and Caribbean-style lobster, each dish in this culinary United Nations tastes as if it were made in its country of origin. Next door, at da’Vida’s Bayside Grill, we ate a flavorful seafood wrap and a tangy seafood salad, lime-juiced chicken quesadilla, smoked babyback ribs and pizza. Every dish was distinctive, and the mojito with cilantro was a moral victory in a region that’s too sweet on sweet drinks. P.S. da’Vida also has watersports rentals and a spa.

Tasty’s purple-and-green exterior and its menu imply down-home cooking, but don’t be fooled: Chef Dale Carty got his start in Rostang’s Malliouhana kitchen, so his stewed chicken “grandma-style,” Nan’s conch Creole with coconut dumplings, and even Caribbean curried goat stew are presented and seasoned just so; this is Caribbean food that goes with wine.

One reason Anguilla’s restaurants excel is that they use fresh, quality ingredients, as evidenced by Blanchards Restaurant (which also has a “beach shack”), in a garden by the sea. The lobster-and-shrimp-cake starter is unusually meaty, and Blanchard’s signature Caribbean sampler—locally caught mahi-mahi with coconut, lime and ginger and jerk chicken with cinnamon-rum plantains—bursts with flavors.

Okay, the seafood in Anguilla’s restaurants is fresh, but what about the produce on this semi-arid island? Some of the chefs import fruit and vegetables, but they’ve also encouraged farmers to grow produce, even here, and CuisinArt Golf Resort & Spa has its own hydroponic farm. At 18,000 sq. ft (about 100 by 180 ft.), this is no mere garden. Moreover, says Potter, “CuisinArt’s emphasis on farm-fresh produce was way ahead of its time.” Farm manager and author Dr. Howard M. Resh offers fascinating tours of the farm, demonstrating how his staff grows salad greens, microgreens, herbs, eggplants, 15-inch cucumbers, and beefsteak tomatoes with 40-ft. stems.

The Anguillian emphasis on cuisine extends beyond to villas, as well. “Because staying in is the new going out, our personal chef service creates a high-end dining experience within a client’s own accommodation,” says Sue Ricketts of Ricketts Luxury, which represents about 80 homes and villas. “Guests and chefs are paired by personality, cuisine, and budget. This has been so successful that some of our chefs have visited the U.S. to become our guests’ at-home chefs for a few months.”

Potter’s favorite high-end, independent restaurants include Blanchards, Jacala (French), and Veya. Veya is in a lovely garden-like setting, but not on a beach, so its Pennsylvania-born owners make up for their beachlessness by serving extraordinary food.

Veya’s blackened wahoo special with avocado and lemon-pepper aioli, served on a burnished wood terrace, features a sophisticated combination of flavors and textures, while many dishes on the regular menu—five-spice roast pork tenderloin with carrot sauce and cucumber raita, for example—reflect Asian influences.

Straw Hat Restaurant, which has relocated to the markedly upgraded Frangipani Beach Resort, is celebrated for entrees like jerk-braised pork belly with chorizo and pumpkin-stuffed homemade pasta. But Anguilla’s chefs flex muscles whenever they cook, and Exhibit A is Straw Hat’s breakfast of scallion potato pancake & poached eggs, pesto Hollandaise, and applewood smoked bacon. Straw Hat has a kids’ menu, too.

The two restaurants at the Malliouhana, now an Auberge Resort, will surely get some love when the resort reopens this fall. Meanwhile, “Clients love CuisinArt’s Tokyo Bay restaurant,” says Potter, and that’s not about to change. Nor will the evaluators at AAA fall out of love with CuisinArt’s Bistro at Santorini, where dishes like blackened tuna with local spices, and mango-coconut chutney indicate a more pan-culinary experience than the restaurant’s name implies.

Our favorite resort meal on Anguilla was at the CuisinArt Chef’s Table Food & Wine Experience, during which we sampled an 8-course tasting menu with brilliantly paired wines. From the butter-poached lobster in Bouillabaisse nage with coconut milk to the burrata currant pine-nut balsamic compote with brown butter bread crumbs, the meal was a microcosm of the whole Anguilla culinary scene.

Anguilla’s beach shacks, food trucks, and even informal food stands are unexpectedly serious about what they serve, too. Some of the top recommendations are Corner Bar Bistro, serving pizzas; Hungry’s Good Food, whose lobster quesadilla features generous pieces of lobster; Ken’s Ribs and Chicken, an outdoor stand that’s as local as local gets; Uncle Ernie’s Beach Bar, a beach shack serving chicken and ribs; and Scilly Cay, a beach shack on a tiny island that serves famously potent rum punches.

top hotels for sleeping it off

• Offering chic style at moderate prices, Anacaona is connected by a short footpath to Meads Bay, where it has a restaurant and beach furniture. The 20 Standard and Superior rooms, four jr. suites, and three 2/3 bedroom Villa Suites feature white walls and bedspreads with a few tropical red and green accents. There are two pools, an art gallery, an organic garden, massages and beauty therapies in outdoor pavilions, a hydrotherapy wellness clinic, and Firefly, which serves fusion cuisine (MAP is available, as are singles rates). Anacaona is LGBT-friendly. From $160.

• The “Best Beach Resort Worldwide” (Andrew Harper’s Hideaway Report) has 18 beachfront villas, each with no more than six rooms or suites, and looks like a Moroccan village. Six of these manses can be rented as 5-bedroom villas. Interiors have white walls, dark wood and gorgeous baths. Cap Juluca has four restaurants, in-room dining service, an aqua golf driving range, bicycles, watersports, tennis, yoga, Pilates, cardio classes, and an organic garden. Most massage treatments are performed in guestrooms. From $495.

• CuisinArt Golf Resort & Spa has 97 suites and villas ranging from 900 to 7,500 sq. ft., and they echo Anguilla’s white and blue hues. The Venus Spa, with its aquatherapy facility, fitness center, and beauty salon, is superb, and CuisinArt has the only golf course on Anguilla (a Greg Norman beauty), a huge pool, tennis, watersports, bicycles, and tours of its hydroponic farm. From $333.

• Recently upgraded by its new owners, the Frangipani has a Spanish-Mediterranean look, and 19 one-, two-, and three-bedroom units. No two rooms are identical, but all have limestone flooring, mahogany cabinets, WiFi, and bathrooms with glass mosaic tiles. Frangipani has two pools, spa services, and non-motorized and motorized watersports. From $325.

• The seminal Malliouhana Hotel and Spa will reopen this fall as an Auberge Resort with general manager John Vasatka, formerly with Aman Resorts. The 55 rooms, villas, pools and restaurants have been thoroughly renovated; expect state-of-the-art interior designs and baths by Todd-Avery Lenahan and superb cuisine. Unchanged is the resort’s dramatic perch on a bluff overlooking Meads Bay and Turtle Cove, the high standards of service (several former staffers have returned), and appeal to everyone from couples to multigenerational families. Exact opening date and rates not set at press time.

• The Viceroy’s 166 guest units make it huge for Anguilla. Perched atop a rise between two beaches, the resort also brings some Miami Beach swank to the island, with rooms facing a sleek outdoor corridor, lots of marble, and a hip vibe. In part because of its size, the Viceroy offers big-resort amenities: excellent children’s programs through age 17, sailing lessons and other watersports, tennis, badminton, bocce, rock-climbing, an immense fitness facility, three pools and bicycles. There are daily fitness and yoga classes, too, and enough spa and beauty services to keep guests sampling for months. The resort’s five restaurants include Coba, which offers international cuisine and a stellar wine list. Meal plans
available. From $429.

Anguilla is accessible from major U.S. and Canada gateway cities with flights directly into Anguilla’s Clayton J. Lloyd International Airport (AXA). Your clients can also fly into St. Maarten (SXM) and hop on a ferry or take a short commuter plane to the island. 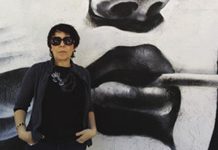 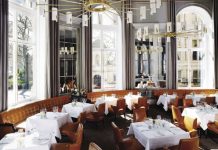 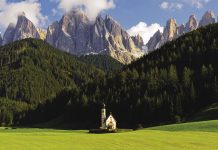 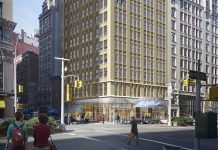 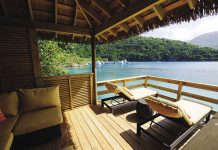