A very happy New Year to all and welcome to our January 2009 edition. It’s been an interesting year, to say the least. But the promise of a new year—even with its challenges, and make no mistake, there will be challenges—will also hopefully bring some positive changes. We’re already starting to see some of them with a new administration promising new directions for the country and a new, fresh sense of optimism coming from just about every corner of the world. And, even with the economic downturn, there are still strong aspects in the travel marketplace. Egypt, for example, is still seeing healthy bookings, as are Africa and South America. It would also seem that the high-end market is still robust and tour operators are looking more and more at refining their programs to target that segment. IsramWorld’s Elite Travel Collection is a perfect example of a savvy tour operator looking at the marketplace and reacting to a demand. On the destination side, Kenya, too, learned how to utilize a marketplace advantage by promoting President Obama’s birthplace—a move that marked a major resurgence in their tourism numbers from the U.S. (see page 48) after the political riots in January prompted a 43 percent drop in their tourism numbers in the first quarter of 2008. And, as a high-end destination, they, too, are looking at 2009 with a cautious optimism about their bookings for the new year. In that same vein, at last month’s USTOA 2008 Annual Conference and Marketplace in Palm Desert, CA, probably one of the most crowded workshops during the event was a panel of USTOA officers discussing “How to Survive in an Economic Downturn,” preceded by a presentation offered by noted travel industry researcher Dr. Stanley Plog, who basically suggested agents focus on more experienced and higher end travelers, as well as niche markets, which are prone to be more immune to economic downturns than the general marketplace. He also suggested that data seemed to support the prediction that travel would start to see an uptick in early-spring 2009, with a more aggressive uptick by mid- and late-summer. The panel, too, suggested that this was a time for both tour operators and suppliers to work even closer together with an emphasis on controlling prices, focusing on added value, more extensive promotions and urging travel agents to be more proactive with their clients by emphasizing all the positive elements the economic environment was forcing on to the marketplace. Newly elected USTOA Chairman Charlie Ball of Princess Tours urged members and suppliers alike to maintain their innate optimism and focus on the need to build for the present and the future, and to prepare themselves for the rebound that’s sure to come. “Through good times and bad, optimists have always been attracted to our business. We are a creative and dynamic industry that always finds solutions to challenges,” he said. So there we have it. If Plog’s predictions are correct, the worst of it is coming to an end very soon, and as Ball pointed out to his tour operator colleagues, it’s time to get ready for that rebound that’s sure to come.

And speaking of high-end travel, you won’t want to miss out on our February luxury issue that’s chock-full of high-end, global travel product your clients will never be able to resist. We’re also going to be running our annual Continental Airlines Guide to Latin America, with an array of bustling vacation hotspots offering amazing deals for your clients. Until then, have a great read. 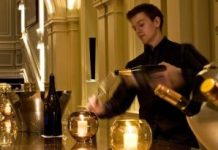 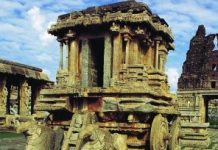 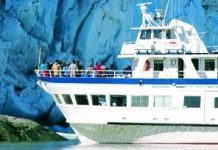 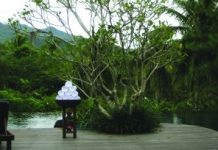