Although recent natural disasters have tarnished the image of Japan as one of Asia’s most exhilarating destinations, the country’s tourist attractions remain alive and still flourish. Equally important, because the influx of foreign visitors has taken a substantial dip, there are great deals to be found in both accommodations and tourist amenities, making this perhaps the least expensive and less crowded time to see this incomparable land.

This, too, might prove the ideal time to travel because when it comes to regaining its status as one of Asia’s premier destinations, Japan has shifted into a welcome mode and there are unprecedented travel deals to be found.

Diane Molzan, Goway Travel’s general manager for Asia, who recently returned from an exploratory trip to assess Japan’s infrastructure, agrees. “My advice for travelers is to grab this great opportunity to see Japan,” she says. “I suspect we’ll see some excellent deals come to play in the near future for both land packages and flights.”

She is convinced that although tourism to Japan has declined by almost 60 percent from the previous year, the country is such a splendid destination that tourists will inevitably return “…although there are still a lot of concerns regarding the aftermath [of the disaster]. There is much to be done on our part as tour operators to help North Americans regain confidence in Japan as a destination.”

Those willing to peek behind the curtain of negative news reports and venture into Asia’s most distinctive land, will find Hokkaido—the northernmost island of the archipelago that makes up this fascinating country—to be a repository of great scenery, delicious regional food and sites that stray far from the cliched image of Japan etched in the mind of most Westerners.

Hokkaido is where the Japanese themselves come to seek refuge from their legendary hectic lifestyle full of ultramodern gadgets, where they can relax in the island’s energizing lack of industrial growth, vast rural spreads, inspiring landscapes and a national park larger than California’s Yosemite.

This is a photogenic spot that resembles New England in both climate and vistas. Heavily wooded forests cover more than 70 percent of the island and rocky mountains and volcanoes rise in the horizon, while white-water rivers and streams weave their way from snow-covered peaks to the sea.

These natural assets have made Hokkaido the clear choice for year-round vacations. Exploring its stunning mountains in the summer is a delight and its winter resorts have made it something of an Aspen in the land of the rising sun.

Add to that the peacefulness prevalent in places like the graceful gardens of the Usu Zenjoki Temple south of Sapporo—home of the beer that made Sapporo famous—or the silence that shrouds the lakes within Akan National Park near Kushiro and you have a potent combination to make Hokkaido Japan’s most alluring destination.

A journey to Hokkaido naturally begins at Tokyo’s Haneda Airport on Japan Airlines’ commuters that make the 1-hour run to Sapporo or Hakodate, Hokkaido’s two gateways, several times a day.

Sapporo is a clean urban wonder full of parks, large avenues with nightlife and shopping rivaling Tokyo’s and Hakodate, at first sight, looks like a drab industrial port. But looks are deceiving.

hakodate
This is a colorful town with a hilly layout similar to San Francisco or Genoa in Italy. Because of its proximity to Siberia, it has a profound Russian influence, and some signs at the airport are even in Cyrillic. A walk through its old town feels like you’re wrapped in a mixture of cultures: European, French, Russian and American.

They like Americans here. Have done so for a long time. After all, Commodore Matthew Perry stopped in Hakodate after dropping anchor in Yokohama in 1859. One of Perry’s sailors is even buried in the city’s foreign cemetery. He was the first American to die in Asia while on an official government visit.

Modern Hakodate has many charms. In the morning from the Hakodate Kokusai Hotel (about $150 for a standard room to $1,200 for suites; hakodate-kokusai.jp), a 305-room, 7-story building in the center of town, you can hear ship horns in the port while watching the fog moving slowly over land. 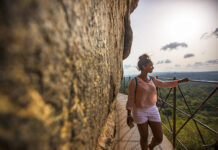 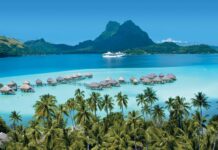 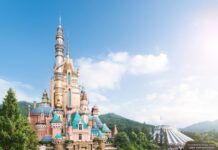 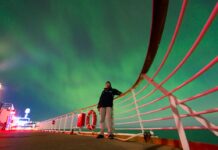 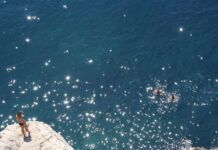