The new buzz word in the travel industry is “value-added.” Almost all of the travel product we mention in our features this month are offering a variety of value-added highlights to entice travelers to come out and start traveling again. In our Caribbean Summersection (page 29), for example, you’ll find deals for free nights, themed packages, free kids’ stays, new core air routes and more. In a recent interview with Rail Europe for a story on “Affordable Central Europe” for our upcoming April issue, Rail Europe CEO Frederic Langlois mentioned that the rail carrier has cut its pricing by 20 percent in response to the strengthening of the dollar against the euro. In our Florida Keys onsite (page 60), nearly every resort we visited was offering or planning on offering value-added perks. Tour operators, too, are offering some incredible savings to Las Vegas with free show tickets, discounted air, etc. In short, the whole industry is walking a tightrope trying to entice business with value-added incentives without destroying the price structure and thereby shooting themselves in the foot for a time when business starts coming back stronger. So the values are out there for you to keep your own business going and we’ll keep bringing them to you as they come up, whether within these pages or via our online news content—Recommend Weekly on Wednesdays and the new, bi-weekly SpotlighTS, covering the Caribbean, Las Vegas, Mexico/Latin America and Cruise products, as well as the monthly Florida Update.

bye-bye dubai With all of the bleak news coming from the financial and manufacturing sectors, it’s nice to know we’re all part of an industry that has some integrity. A couple of weeks ago, New York-based IsramWorld canceled its tour programs to Dubai in the wake of the United Arab Emirates’ decision to deny a visa to Israeli tennis player, Shahar Peer, to participate in the Dubai Tennis Championships. “The UAE’s action is an odious act of political bigotry,” says A. Ady Gelber, president and CEO of IsramWorld, “and it reveals that despite its massive investment in tourism infrastructure, Dubai appears not ready to be a member of the world tourism family.… I am deeply disappointed in the UAE’s decision, one that seems to spell a return to the grim, dark days of division and discrimination, so…we’re saying ‘bye-bye, Dubai.’”

Interestingly enough, when this column was being written, this editor was unaware that our online editorial team had sent out an “Alert” on IsramWorld’s move; the response from agents, incidentally, has been overwhelmingly in favor of IsramWorld’s decision to cancel its Dubai tour programs.

next month It’s that time of the year again, for the annual Continental Airlines Guide to Mexico, an extremely useful reference tool for Mexico travel product. We’re also going to be showing you three ways to go to three of the hottest destinations in Latin America, plus coverage on Taiwan and a whole lot more. In the meantime, have a great read. 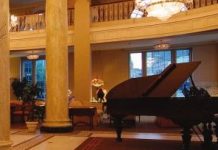 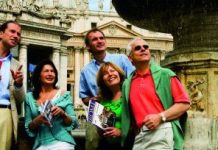 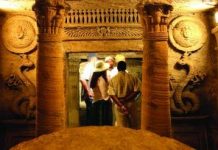 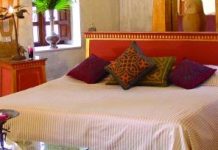