Still, despite its historical aspect, the company isn’t going to be directly targeting the family market. “It will still be the same target market. We’ll still be marketing to the sort of more retired and affluent clients. Of course, anybody’s welcome. We do get families in July and August on different cruises—I would say New England and Maine are the more popular ones with the families—those are the ones the kids tend to like. But we’ll be marketing to the same audience. We find that the retired people really love the history. It’s a big thing for them.”

Their newest ship, the Independence, Cody says, offers more flexibility in terms of itineraries. “It’s fully stabilized so we can go out into open water more, so it has the possibility—we haven’t planned anything yet—but there’s the possibility of taking it even farther, maybe as far as The Bahamas, one day. We’re putting it in Maine this summer and it will take that better, not that we go any place where there is high seas. But we’ve increased the size a little bit more, a little bit bigger balconies, so that’s really nice. For us, we really feel it’s important to have a state-of-the-art ship out there. It’s like any industry, every year things get better, so we keep improving on our ships.”

Cody differentiates the European river cruise experience with the idea that not only are their passengers getting the opportunity to experience a distinct look at our own history on these cruises—the company, in addition to the Potomac, Columbia and Hudson rivers, offers eight other itineraries year-round from Maine, two in New England, the mid-Atlantic and East Coast inland passages, the Historic South, Florida Rivers and Chesapeake Bay—but there’s also more of an emphasis on nature and the beauty of the country.

“One thing about domestic cruising, a big part of it that probably is not on the Europe cruises, is the natural aspect. The scenery you’re seeing, instead of going down rivers that are filled with heavily populated cities, we really don’t go to many big cities. Philadelphia and Washington are the biggest cities for us—well, we do serve New York City on the Hudson River cruise but once you go up north, you’re out of that environment,” she explains. There are just so many natural elements—from the wildlife to the different environments. Even going on our mid-Atlantic and East Coast inland passage, which goes down the eastern coast, and just the changes of the different plant life, the salt marshes and barrier islands that are very unique. The strip of barrier islands that goes down the east coast of the United States is probably the longest strip of barrier islands in the world and they’re really unique in how they were formed going back to the glacier period. It’s really a fascinating story and the wildlife that’s been developed there and the naturalness that’s been saved and been preserved, I think that’s the big difference between the U.S. and the other countries. And people do love that, they love the birding, the trees and when you get farther south you get the marine creatures—the dolphins and all that.

“I think, too, Americans want the outdoors. And, of course, we plan our itineraries seasonally so we’re in each region of the U.S. at the optimal time. The Historic South, for example, we make sure we’re there during the blooming of the azaleas because it’s just beautiful in the springtime with all the flowers.” But at the same time, Cody adds, they go back to the Historic South in November and December for still a different appeal. “The weather’s so very mild but when you get into the holiday season and towns like Charleston and Savannah, they decorate so beautifully and it’s kind of fun going down during the holidays.”

There’s also the Great Rivers of Florida program departing out of Jacksonville and the Amelia Island area before heading down the St. John’s River. “That probably, of all our naturalist cruises, is the biggest one because it’s really going through pretty much untouched areas. It also has a unique history because at one time that was where the tours went in Florida before they moved south. It just has such a history of the ships that used to bring the wealthy Northerners down during the wintertime, while now it has that real ‘Old Florida’ feel. And once again, you’ve got the nature, the birds, the alligators, the dolphins—you see it all aboard the ship. The ship is small so you go into these little bays and inlets, we bring a naturalist on board so I would say that for the nature lovers, that cruise is just ideal.” 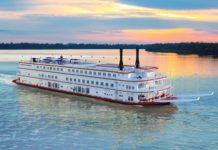 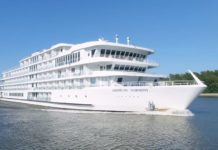 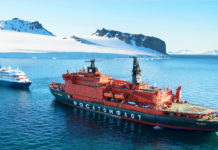 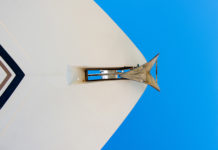 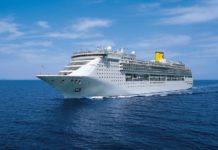