Unless you’ve spent the last couple of months on Mars, you’re more than aware of the difficulties in Egypt and the Middle East over this time period. But despite all the news coming out of that region, it can still be difficult to accurately address what the situation is regarding travel there. As of press time, the U.S. State Department had still not relaxed its travel warning to Egypt and yet flights are filling up again and many U.S. tour operators are booking vacations, including IsramWorld, which has its own office in Cairo. According to Ady Gelber, owner and CEO of IsramWorld, “Within hours of Hosni Mubarak’s resignation, IsramWorld’s Egypt’s reservation phone lines started ringing. Agents were calling to inquire about reinstating Egypt bookings they’d cancelled a week earlier. New inquiries started to come in—not hundreds, of course, but a dozen or more. Requests for IsramWorld Egypt brochures started again after 18 days of silence,” he says. “Our office in Cairo is open and operating at full steam, and the staff of IsramWorld Egypt is preparing for a bright future. IsramWorld was the first U.S. tour operator to combine Egypt with tours to Israel in the wake of the Camp David Accords, and in the ensuing decades we have grown into one of the largest U.S. operators to Egypt…the only U.S. operator with its own office and its staff on the ground in Cairo,” he adds.

Moira Smith, Goway Travel’s general manager for Africa and the Middle East, is also confident bookings will be back up this month, especially because of better pricing opportunities that are sure to be available to kick-start travel. “What we’re seeing is people are willing to start moving forward,” she says. “We’re not seeing a huge influx of calls just yet, but I certainly expect that by peak season it will be business as usual.” In terms of pricing, Smith says Goway will definitely be offering some pricing incentives to get things going again. “In fact, speaking with some suppliers, there’s a huge move of all the suppliers to get together in conjunction with the tourism boards to see what they can do to motivate and generate more business to Egypt. So I think that will be very positive for our customers.” And, while the U.S. travel warning to Egypt is still up, many other Western nations have dropped theirs, including Germany, the U.K., Italy, The Netherlands, Belgium, Sweden, Denmark and Norway. And keep in mind, no USTOA tour operator would ever agree to send one of your clients into harm’s way, something that might be a good idea to mention to clients who may be considering a trip to Egypt. As Gelber points out, “None of us knows where the future will take us. But Egypt’s glories have survived 5,000 years of extraordinary history, and they will survive the current weeks’ extraordinary events.”

With that in mind, this month’s “Exploring Antiquity” feature—which was planned before the crisis in Egypt and the Middle East began—is indeed one to earmark as it covers tour itineraries in Egypt, Israel and Jordan, as well as Nile River cruise opportunities. In the coming months, we’d also like to hear about your experiences booking travel to Egypt and the Middle East—write to us at agentspeak@recommend.com.

next month You won’t want to miss our 2011 Guide To The Caribbean, The Bahamas and Bermuda, a complete compendium of travel attractions, festivals and resort vacation opportunities in the region. We’ll also take you Down Under to Australia and New Zealand and on some culinary tours of Latin America, plus a whole lot more. Until then and as always, have a great read. 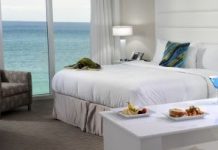 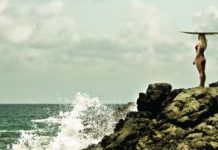 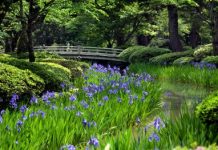