Indeed, Kristin Karst, co-owner of AMAWaterways (amawaterways.com/agents), which is celebrating its 10th anniversary this year, surmises that the popularity of river cruising has come about because “of the mind-set of the people. [The river cruise companies] have reached the clients and they just want to try it out. The marketing everyone did and does, has been great. I mean, you see the river cruise lines doing things all over the place, almost like the things the big cruise lines are doing.” As a result, she adds, “I believe the big ocean cruise lines are beginning to take us more seriously because they see their clientele moving over to river cruising,” admitting that those hard-core cruisers have a tendency to move back and forth between river and ocean cruising. “But at least they’re taking us more seriously and that’s nice.”

So how does that stack up for bookings in 2012. “They’re fantastic,” Karst enthuses. “2012 has been a fantastic year. We’re sold out up to June and we’re at 93 percent until Sept. 30. We’re at 89.6 percent until Oct. 31; 85.6 percent until Nov. 30 and 81.56 percent until the end of the season. Of course, knowing that the low season November/December is always much, much harder to fill, this is almost full capacity and it might even go higher.”

They already have their 2013 brochure put together and sent out since the end of last month. In 2013, they’ll have the AmaLegro on the Seine River and they’re in the process of moving the AmaDagio to the Rhone for the ship’s first ever sailing on that river. Debuting in the spring of 2012, the new AmaCerto is AMAWaterways’ largest and most imaginative ship on the waterways of Europe. Inspired by classic luxury yachts, the AmaCerto features a “twin balcony” stateroom design; multiple dining venues; heated pool; stunning glass elevator and more.

The AmaCerto joins an AMAWaterways fleet in Europe that includes the AmaVerde, AmaBella, AmaDolce, AmaLyra, AmaDante, AmaCello, AmaLegro and AmaDagio. Still another new ship, the AmaPrima—sister ship to the new AmaCerto—will debut early in 2013.

As part of AMAWaterways’ 15-day Provence and Spain cruise-tour itinerary, the AmaDagio will begin sailing 7-night cruises in France between Lyon and Arles from now through the end of the year. Excursions include the Beaujolais wine region; tours of Roman ruins; and stops at the UNESCO World Heritage Site of Avignon and Arles, where Vincent Van Gogh spent much of his life. After the cruise, guests will visit the medieval town of Perpignan, France before ending their voyage in Barcelona. “The AmaDagio provides the best ship for our guests on this beautiful excursion,” says AMAWaterways president and co-owner Rudi Schreiner. “Our guests are like family to us and we want the AMAWaterways luxury travel experience to come to life.”

Avalon Waterways (globusfamilypartner.com) is no less enthusiastic about its 2012 bookings and is already going into high gear for the 2013 product line.

“Probably you’ll hear this from our friendly competitors, as well,” says Patrick Clark, managing director of Avalon. “Certainly 2012 European river cruising is shaping up to be a very good year. Today, we’re up 27 percent compared to the same day where we were last year.” And, he adds, “We’ve added two new ships so we’ve got a new Vista and a new Visionary being delivered in May.”

Those ships, he says, are the new Panorama-class ships with oversized staterooms with a movable floor-to-ceiling glass “wall” that converts the stateroom to an interior “balcony,” when the wall is opened.

“The thing is, the river cruising travel style continues to resonate and continues to grow in popularity among the travelers and has certainly grown in interest as a travel style they should be offering the travel agent community,” Clark explains. “Travel agents increasingly are making a point of getting educated in it, understanding the nuances and differences between the river cruise lines, what itineraries are most appropriate for which kind of demographic or available vacation time or budget. We’re seeing that being played out by virtue of our Avalon Specialist Program; I mean, the numbers just keep continuing to grow.” 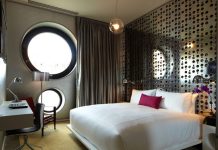 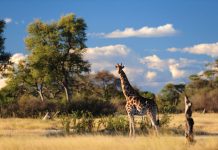 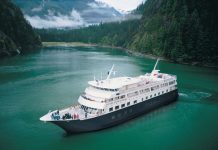