Home Magazine March 2014 Turkish Delights
Share on Facebook
Tweet on Twitter
According to Emin Kaya, director of the Turkish Culture and Tourist Office in New York, “The amazing growth of Mediterranean cruising and the particular popularity of Turkish ports produces 60 percent of our U.S. market that experiences Turkey only as a cruise passenger, and our surveys show that 92 percent of our U.S. repeat visitors have first been introduced to our country on a cruise.”

Actually, Turkey’s ports—Istanbul, Bodrum and Kusadasi—gateway to the ancient ruins of Ephesus, as well as the interior Anatolian region of Cappadocia, are precisely the destinations most popular with U.S. visitors. According to Kaya, his office will focus its marketing and promotion efforts on these areas, working to educate the North American trade and travelers about the many-splendored tourism product of Turkey.

“We are also seeking to expand the travel programs available through tour operators, particularly among USTOA members,” Kaya adds.

Like other great European cities, Istanbul is more than just a gateway to a country, and far more than just a 2- to 3-day stopover city. It’s a wondrous place where “East meets West” in an endlessly fascinating cultural melting pot, with enough outstanding sightseeing, bazaar-hopping, Bosphorus cruising, fine dining and vibrant nightlife to fill at least the week it takes to really get acquainted with Istanbul.

Clients need at least three full days just to cover the essential sights: Topkapi Palace with its priceless jewels, sacred relics and infamous harem; the Hagia Sophia, now a museum; the Archaeological Museum, a treasury of classic finds from a treasure-filled country; St. Saviour in Chora, whose mosaics and frescoes represent the zenith of Byzantine art; the Blue Mosque and the Suleymaniye Mosque; the lavish, imperial 19th century Dolmabahce Palace; and the Underground Palace, a subterranean Roman cistern that is memorable for its size and pillars.

Then there are those quintessentially Istanbul things to see and do that will make a trip extra special:

• Stroll the Grand Bazaar, a wonderful world of carpets and jewelry among its maze of some 4,000 shops, and the colorful Spice Bazaar, selling everything from saffron to aphrodisiacs.
• Visit the Museum of Turkish and Islamic Arts; the Great Palace Mosaic Museum and the new Museum of Modern Art.
• Explore the historic neighborhood of Ortakoy, located on the Bosphorus and whose claim to fame is its church, synagogue and an elaborate mosque within its boundaries, plus waterfront restaurants and a Sunday street market.
• Cruise along the Bosphorus, the strait that separates Asia from Europe lined with palaces, mosques, imposing fortresses and graceful wooden Ottoman mansions.
• Ferry out to the forests, and tiny beaches of the Princes Islands where local transport is by bicycle or horse-drawn carriage.
• Tuck into a sidewalk cafe or a music club in the artsy Beyoglu neighborhood.
• Take a bath, Turkish-style, in a marble and mosaic-lined hammam to enjoy the national spa experience.

May through October are the most weather-friendly months in Istanbul, and this June clients can chose to stay put for the 42nd International Istanbul Music Festival (May 31-June 27), featuring world-class opera, classical music and ballet on stage in the most historic venues. Come July, it’s time for the consistently excellent (21st) Istanbul International Jazz Festival

A whole new world of Turkish delights is in store for travelers in Cappadocia, a geological wonderland sculpted by erosion into a lunar landscape of natural arches, towering obelisks, bizarre castles and cones, phalanxes of gigantic stone mushrooms that almost defy imagination. For a bird’s-eye view of this almost surreal landscaple, recommend a sunrise hot air balloon ride.

While there are no official boundaries to Cappadocia, many attractions lie roughly within a triangle formed by the towns of Avanos in the north, Nevsehir in the west and Urgup in the east. Highlights of the region include the Goreme Valley where Christians came to carve out safe harbors from persecution in caves and later built churches decorated with coned ceilings, graceful columns, altars and scenes from the Old and New Testaments. Just outside Goreme in what is called the Open-Air Museum (a UNESCO World Heritage site), is a cluster of 15 chapels, seven refectories, monasteries and nunneries, where visitors can experience both the region’s geological extremes and its rich religious heritage. A must is visiting one of the underground cities: Kaymakli and Derinkuyu. It’s unclear who first began construction of these astonishing, Swiss cheese-like subterranean mazes, but they were apparently used as sanctuaries for entire communities during epochs when conquering hordes swept across Anatolia, and they come complete with an ingenious system of air shafts ventilating a vertical honeycomb of apartments, kitchens, wineries, stables, chapels and tombs. Estimated underground city population: 20,000.

Additionally, Cappadocia is unbeatable for day walking in and around Goreme and Ihlara valleys, horseback trail rides, visits to carpet and ceramic workshops, fine wining and dining in restaurants with incredible views, and five-star, cave-hotel accommodations.

It’s not hard to see why the Aegean region—facing Greece and connected by ferry to the Greek Isles—is at the forefront of Turkey’s booming tourist industry. It offers an unparalleled combination of natural beauty and historical interest. This was once one of the most densely populated parts of the ancient world, with many famous cities to its name now scattered amid a landscape of olive groves, fruit orchids, vineyards and pine woods.

Here one finds:
• Troy, the city of the “Iliad” and the “Odyssey.”
• Smyrna (now Izmir), the birthplace of Homer.
• Pergamum, the greatest Greek city-state in Asia Minor in the third and second centuries B.C.
• Ephesus, where St. Paul preached the gospels and still the grandest of ancient Greco-Roman cities in the Mediterranean—its Temple of Artemis is a classified Wonder of the World.

Set amid this wealth of ancient sites are beautiful beaches, pretty fishing villages, and modern resort playgrounds, including the picture-perfect resort of Bodrum, long a sanctuary for sophisticated vacationers. It sits on a beautiful double bay, backed by white-washed cubist dwellings tumbling down to the yacht-filled harbor amid chic boutiques, notable restaurants and a colorful bazaar district. The streets come alive at night when downtown is closed to traffic and pleasure-seekers head for the many pubs, outdoor cafes and nightclubs. The most fascinating site is the 15th century Castle of St. Peter standing guard at the harbor’s entrance and now housing the excellent Museum of Underwater Archaeology. Bodrum is also the terminal for arrival or departure of the classic Blue Voyage, sailing along the Aegean coast to and from Marmaris aboard crewed, wooden-schooner gulets. Marmaris itself is the departure point for cruises along the southern Lycian Coast (a.k.a. Turquoise Coast) in Mediterranean waters.

Kaya believes that Turkey’s boom in boutique- and design-hotel building plays an important role in selling Istanbul, the Aegean Coast and Cappadocia. “The variety of our unique accommodations is [certainly] part of Turkey’s appeal and special experiences,” he says. “It’s an important reason American visitors are choosing to stay longer.”

Istanbul
In the Sultanahmet area—the most convenient part of the city for visiting major sites—you’ll find the:

• Four Seasons Sultanahmet, whose 65 rooms actually occupy a former prison (fourseasons.com/istanbul)
• Among the Ottoman-style hotels, there’s the hilltop Ottoman Hotel Imperial (ottomanhotelimperial.com), originally built as an Ottoman school and hospital; and the Yesil Ev (yesilev.com.tr/en), a stately wooden mansion with an idyllic garden and 19 rooms decked out in brass beds and antique rugs.

In the Beyoglu district—the place to be for clients interested in museums, galleries, cafes, bars, restaurants and trendy stores—there’s the:

• Mama Shelter Istanbul is a Turkish outpost of the Philippe Starck-designed hotel in Paris; it has 81 rooms, a hotspot eatery and inventive design. (www.mamashelter.com/en/istanbul)
• The five-star, 270-room Marti Istanbul Hotel (martiistanbulhotel.com), located in the bustling Taksim neighborhood, brings together a stylish melding of traditional Ottoman design, textile heritage and top Western comfort. It features an 8,600-sq.-ft. spa with a glass-enclosed terrace gym and four Turkish hammam baths, and the Quad restaurant and bar for dining beneath an original Turkish-style tent.

Hotels combining historic atmosphere and Bosphorus waterfront settings are the latest “in” thing in Istanbul:

• The 186-room Shangri-La Bosphorus with a prime spot right on the European bank of this historic waterway, incorporates a restored 1929 tobacco warehouse, and shares the neighborhood with the Dolmabahce Palace and the new maritime museum. (shangri-la.com/istanbul/shangrila)
• The boutique A’jia Hotel, formerly an army barracks and later a school, is now a stunning residence featuring 16 sleek rooms with balconies overlooking the Bosphorus. (ajiahotel.com)

Cave hotels are all the rage in Cappadocia:

• Esbelli Evi, located outside the town of Urgup. Its WiFi-equipped cave rooms and suites are chiseled in and around a cluster of contiguous cave dwellings in a breathtaking maze of stone stairways, courtyards and outdoor terraces. (esbelli.com)
• The Kayakapi Premimum Caves Cappadocia, a fascinating cave complex in Urgup whose 29 rooms occupy historic caves and come with complimentary WiFi, iPod docking station, elegant decor, fireplace, Nespresso machine and great views; some cave suites have private swimming pools. (kayakapi.com)

• The sprawling spa resort Kempinski Hotel Barbaros Bay Bodrum, tucked into a serene cove with its own private beach around 30 minutes from Bodrum; it comes with floor-to-ceiling windows, an infinity pool, a 60,000-sq.-ft. spa, and six restaurants. (kempinski.com)
• The 20-room Antique Theatre Hotel, located in town, is an opulent place with great castle and sea views, outdoor pool and one of Bodrum’s best hotel restaurants. Original artwork and antiques adorn the rooms. (antiquetheatrehotel.com) 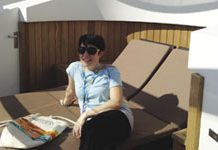 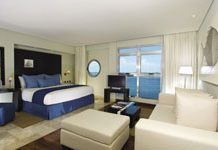 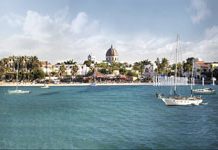 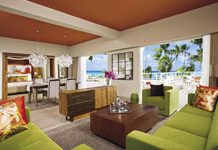 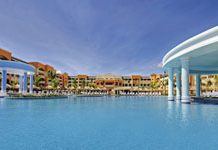