We recently traveled to Egypt with the USTOA Executive Council and right from our arrival in Cairo it proved to be an amazing trip. Indeed, it’s almost a joy the airport is so far out of the center of Cairo because there’s nothing like getting a sense of this city as you crawl your way through this traffic-congested metropolis of over 20 million people. It gives you a chance to catch and savor the show that is Cairo. One of the first landmarks you’ll pass is Heliopolis, a city within a city of two million people, populated by the president, top ministers and everyday working people and artists. Its top landmark is an opulent Hindu Palace built by the wealthy aristocratic founder of Heliopolis who, in 1905, wanted to move into the desert for the dry air and built the impressive edifice for his Indian-born wife. Unfortunately, he never moved in because his wife left him.

Farther en-route to the hotel, travelers will pass more magnificent buildings and exotic-looking mosques, proud in their unadorned beauty, and as the transport winds its way through the growing warren of smaller streets, one should roll down the window and savor the intriguing aromas of the small, open street cafes. It’s a great way to get a sense of the rhythm, the contrasts and the complexities of historical and modern Cairo as one passes by busy street bazaars and tiny shops thronged with shoppers, businesspeople and street folk decked out in everything from trendy western styles to conservative Muslim and scruffy hand-me-downs. Here, too, you’ll see Mubarak’s presidential palace with an army of security surrounding it and a tiny, almost obscure Jewish temple on a rundown street, poignantly notable for the fact it’s guarded by an Egyptian soldier wearing a huge helmet, standing behind and staring disconsolately through an eye slot of a metal blast panel.

The joyous vibrancy and energy of this fascinating city is reflected in the tens of thousands of cars blithely careening uncaringly along streets where the lane lines have no other purpose than to decorate the street because the average Cairo driver apparently has no clue as to their original purpose. Pedestrians, too, are oblivious to this magnificent chaos—they don’t hesitate and dart carefully across safe avenues as in most large cities—charging full bore into the automotive army’s multiple cannons like a horseless Light Brigade.

The Four Seasons Hotel, Cairo at Nile Plaza is, like most Four Seasons hotels around the world, an oasis of understated elegance, luxuriously molding itself into its Cairo environment with all the familiar comfort of a favorite old shoe. Spacious rooms and opulent suites with drop-dead gorgeous views—absolutely. Succulent dining, inviting pools—both indoor and outdoor—scandalously pampering spa services, of course. But what it offers more than anything is a service ethic that’s unbeatable. The highlight of the first night in Cairo was a trip to the famous and historical Mena House Oberoi hotel in Giza for dinner and a folkloric show, a breathtakingly beautiful and classic resort guarding the borders of the Pharaonic majesty of the Pyramids of Giza. The views of the majestically lit pyramids from the room and suite balconies are literally mystical in their unworldly beauty and majesty.

The next morning, it was off to the Pyramids of Giza, preceded by a morning ride through the eclectic Egyptian countryside with guide Mohammed pointing out the nuances of Egyptian life. On the way out of Cairo heading toward Giza, we passed building after building—some of which look half-finished, despite the fact they’re located in what looks like thriving and active neighborhoods. But, Mohammed says, many are illegal, products of a class of people who were tired of not getting anything and deciding to just go ahead and move in, adding their own refinements to abandoned buildings and homes or even building their own. “At first,” he explains, “the government looked at it with a blind eye, but as the numbers of these homes grow more and more and the city continues to spread out, officials say as much as 46 percent of the city’s housing numbers are now comprised of these illegal homes.” 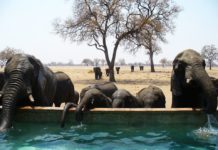 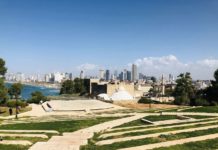 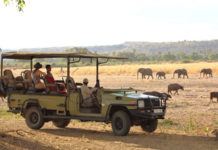