Egypt, the land of many mysteries, is still pulling rabbits out of its hat a few short months after its revolution, as booking to the ancient land begin anew, all the tourism entities reopen, international travel restrictions are lifted and suppliers start offering upgrades to kick-start tourism once again.

abercrombie & kent And even with the recent troubles, “a lot of our travelers are experienced world travelers so they’re used to this kind of thing. We just had a family, actually, that just came back from Egypt,” explains Jean Fawcett, media relations manager for Abercrombie & Kent. “They did the Nile cruise and the pyramids and one of the reasons they decided to go was because they felt comfortable and they’d be able to go to all these amazing places without the crowds. They said they were welcomed like celebrities wherever they went.”

The upheaval certainly did cost North American tour operators some business, but many tour operators agreed that many clients just opted to postpone until things calmed down, while still others decided on alternative vacation destinations.

“We had a number of people who decided to just hold and rebook at a later date when things get more stabilized,” Fawcett adds. “We had a number of people go to alternate destinations.” In fact, she points out, because of the alternative vacation option, “We saw an increase in India, with the two biggest increases actually being in Kenya and Tanzania, followed by India. I think it’s because Egypt really is a once-in-a-lifetime, bucket list destination, so if you can’t see the pyramids, you’ll go on safari or go see the Taj Mahal.”

In terms of bookings now, Fawcett says, “I think it’s slow, but it’s steady.… We haven’t changed our itineraries at all,” she says, adding that as of press time, “The nightly curfews have been reduced to just three hours now so that really doesn’t affect most people that are flying in. They’re able to make it around those times, if not we can work with them.” On Fridays, Fawcett points out, “There’s still demonstrations and we’ve adjusted our sightseeing to get around those. We don’t do Cairo sightseeing on that particular day, but everything else, we’re keeping the same.”

On pricing, too, there are some discounts available, still, she says, “The thinking is, it is Egypt and we’ve been operating there for 20-plus years and we’ve seen a lot of things happen there. But it always rebounds; it’s just one of those places,” Fawcett says, “that people will always want to go.”

Amr Badr, managing director, Egypt and the Middle East for A&K, points out that the U.S. no longer advises against non-essential travel to Egypt, but notes that travelers should remain aware of the current situation. Most U.S. diplomats and embassy staff have returned to Egypt, and the embassy is resuming normal operations. He also says that the Ministry of the Interior is functioning and police, including tourism police, are deployed throughout the country. The nightly curfew has also been reduced to three hours from 2 a.m. to 5 a.m.

Finally, he says, “…occupancies in Egypt currently vary by location, from approximately 17-25 percent in Cairo, 20-35 percent on the Red Sea, to between 10-20 percent in Upper Egypt. The majority of visitors are from short-haul destinations—mostly Europe and the region—with some travelers from the Americas. The numbers of tourist arrivals continue to pick up and the experience of visitors to Egypt is by all means first-class in terms of added value, crowd-free sights, engagements with Egyptian culture, and the vibrant energy of a new Egypt.”

Check out A&K’s 11-day Egypt Unveiled program priced from $5,165 pp with the company’s “Special Advantages” that includes convenient charter flights within Egypt; avoiding crowds and climbing over other ships at A&K’s private Nile docking facilities in Luxor and Aswan; cruise off the beaten path to Denderah, site of one of Egypt’s best-preserved and less-frequented temples; enjoy luxury accommodations at the Four Seasons hotel in Cairo and the palatial Mena House Oberoi in Giza, featuring impressive views of the pyramids; sail the lush Aswan islands in a felucca (sailboat); and learn about Egypt’s ancient past during an informal talk by an A&K Egyptologist aboard Sun Boat IV. A&K is offering a savings of 10 percent pp savings on this program for the Oct. 20 departure if booked by July 31. Additionally, the company is offering 10 to 40 percent savings on select Egypt itineraries (land only), depending on departure dates. Offer valid through July 31 bookings. 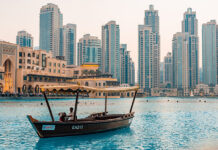 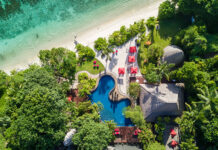 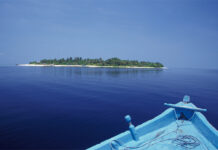