If Saint Lucia hosts any more weddings and honeymoons and such, expect an invasion by threatened bachelors hoping to shut the island down. The effort wouldn’t last, though, because even a diehard single guy would soon see that Saint Lucia is not just hearts and flowers. It also has some of the most unique and upscale hotels in the Caribbean, UNESCO-recognized terrain (e.g. those Pitons), thriving marine life, enough adventure activities to host an X-games tourney, and a singular culture that mixes French-Catholic roots with British notions about how to brew tea.

On a recent visit, we stayed at Rendezvous: the Boutique Hotel for Couples and Jade Mountain Resort. Rendezvous is an all-inclusive in the relatively flatter, more populous north, while the designer hideaway Jade is located in the primeval, mountainous south.

Still owned by the family that created it in 1966, Rendezvous has one of the nicest, white-sand beaches on Saint Lucia. The guestrooms are in low-rise buildings with Spanish-tiled roof; ours was a room with a four-poster, a desk and easy chair, a stylish bath with a glass brick wall, and a hammock on the patio (we do admit to never having tested ours. After all, the first rule of travel journalism is, “Thou shalt not rest”).

This 100-room resort has two restaurants—the outdoor Terrace and the more formal Trysting Place, three bars, and waiters who patrol the (three) pool areas and the beach. Some guests worked it off in the fitness center or took classes in Pilates, yoga, tai chi, etc. Some went Hobie-Cat sailing, windsurfing, or waterskiing; others played tennis or even learned archery or scuba diving. Still others enjoyed treatments at the Spa in the Water Garden or cuddled in a beach cabana; after all, this is a couples resort.

Now, you might have gleaned some of this from the website, but the site can’t really convey the quality of the staff. When we ordered a highball following our own oddball recipe, the waitress listened attentively and returned with exactly what I wanted. On another day we misplaced our electric plug adapter, so we asked someone at the front desk if he had any spares. Alas, he’d loaned out his last. An hour later, there was a knock on our door. He had driven into town and bought one. And he wouldn’t accept a tip.

For this combination of mega-resort-sized activities and boutique-hotel service, rack rates start at $900 per night per couple. Our room, described above, is $964.

Caribbean Journal and Travel + Leisure have just named Jade Mountain the best resort in the Caribbean. No surprise, because its list of accolades is already longer than “War and Peace.”

Unless you’ve been living under a rock, you probably know that Jade Mountain sits atop a rock—a mountain whose vista includes the blue Caribbean and the iconic Pitons. With fewer than one-third the total accommodations of boutique-size Rendezvous, Jade Mountain has 29 suites, 25 of which are labeled Sanctuaries rather than mere “suites.” And like a few of the units in sister resort Anse Chastanet and, to the south, Ladera resort, they feature a missing fourth wall that frames the view.

All the units have open-floor designs with hard-to-leave seating arrangements, four-poster kings featuring mosquito netting, and breezes that make air-conditioning superfluous. No two units are identical, and the one that’s 1,400 sq. ft. is the smallest. In addition, all 24 Sanctuaries have plunge pools.

Now for some details you may not know: The tubs offer underwater lighting for chromatherapy. Guests get beepers for summoning a ride, Champagne, an en-suite meal, or maybe a staffer to peel a grape. Not only does Jade have access to Anse Chastanet’s beaches, directly downhill, but the waterfront facilities include a crackerjack dive operation, snorkeling and non-motorized watersports, a swell beach bar/restaurant, sunset sails, and more. The resort also offers mountain biking, tennis, guided walks and hikes, a fitness center, and yoga/fitness classes in a designer spa.

Finally, you may have heard that consulting chef Allen Susser has won a James Beard Award, the Pulitzer of gastronomy. His locally sourced fusion creations are sublime, whether the setting is the open-air (of course) Jade Mountain Club, a table for two up on the aptly named Celestial Terrace, or one’s Sanctuary. If his tarragon-roasted wahoo with chorizo- and crab-stuffed hearts of palm and shrimp bisque or passion fruit mousse cake made this visitor despair, that’s only because we knew we’d never experience them until the next trip to Jade. Sky Suites (1,650 sq. ft.) start at $1,025 EP; MAP costs $90 pp. ● Sail from Basel to Nuremberg on an AmaWaterways FAM 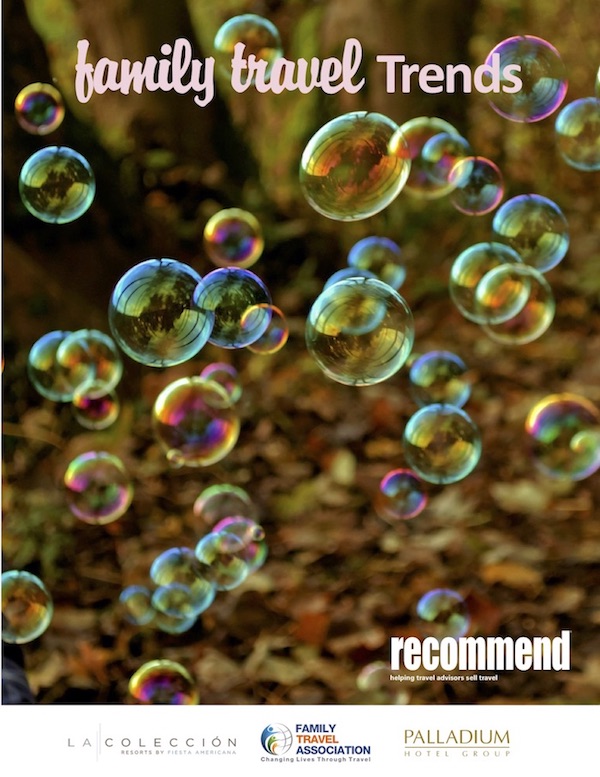 The Saint Lucia Tourism Authority Has a New Chief in Town

Bahia Principe’s Experiences & Safety for Travel to the Dominican Republic