It’s that time of year again when our Recommend staff sits down and comes up with our top destination picks for the upcoming travel year. But unlike previous years, the global economic situation—along with some significant sociopolitical changes—pretty much forced us to come up with different parameters as we considered the likelihood of demand. For example, we were all pretty confident it’s too early to consider the resurrection of mass market travel and we all pretty much agreed the first segment to bust out of the no-travel cocoon would probably be the mid-market—the baby boomer—the experiential traveler with a developed sense of wanderlust, temporarily paralyzed by the pummeling their nest eggs took when Wall Street hemorrhaged red ink last year. But we’re betting their self-imposed stay-at-home stoicism has run its course and we are hoping they’re chomping at the proverbial bit and are ready to saddle up and move out again, especially with all the travel bargains waiting for them out there. And bargains, there are. Almost all of the Africa tour operators we spoke with, for instance, admitted to unprecedented pricing, resulting in much healthier booking numbers than any of them had anticipated for 2009—the majority of which, by the way, will more than likely hold through into at least the early part of the 2011 booking season. Pricing was one of the reasons we selected Tanzania as our hot pick for 2010, a choice ratified by African Travel Inc.’s Anne Bellamy, who admitted she herself was surprised when she learned the country had—for the first time this year—exceeded Kenya bookings. Kensington Tours, too, said they had received more stand-alone booking inquires for Tanzania than in recent memory. Much of that may have to do with increased public awareness of the rich wildlife there, thanks to travel and nature documentaries.

South America, too, had some surprises with Colombia—finally coming out from under decades of a perfect storm of negative news regarding drug cartels and guerilla activity—with a surge in interest in that beautiful country thanks to proximity to the U.S. with relatively low airfares, plus a very favorable exchange rate. It makes for an exciting, but relatively inexpensive foreign vacation experience. Tiny Uruguay—one of my personal favorites, along with Colombia—has come into the spotlight for much the same reasons, along with its beauty and arguably some of the nicest people you’ll ever meet in the Western Hemisphere. In the U.S., we picked Fort Lauderdale because of its successful transition from a mass market destination, to a low-key, cool, but definitely high-end vacation option where luxury-oriented clientele are going to find continuing value through 2010. And then there’s the Cook Islands, a South Seas paradise relatively unknown to too many U.S. travelers until now. This is a destination you’re going to want to learn about first-hand and one your clients are going to absolutely love.

2010 israel travel planner In keeping with our focus on inventive destination applications in this issue, you’re going to want to hang on to our 2010 Israel Travel Planner—an in-depth compendium of Israel travel options that take full advantage of the diversity and the myriad activities available to travelers to Israel. It’s the perfect addendum to our Israel Education Course that’s available on our Recommend Education Center at recommend.com/education. If you haven’t completed that course yet, now’s the time to do so—a move that will make our new 2010 Israel Travel Planner all the more valuable to you.

next month
It’s here, it’s here. This is our annual issue that you pretty much put together for us by participating in our Readers’ Choice Awards. This year’s winning list is chock-full of the industry’s best, all chosen by you—the frontline travel expert. Don’t miss it and in the meantime, have a great read. 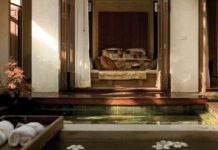 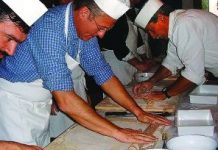 A Prescription for New Profits 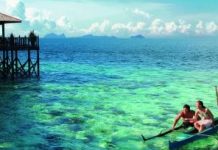