India beckons. That oft-used phrase takes on new meaning when considering traveling to the subcontinent for medical treatment, a practice that has grown by leaps and bounds for Americans facing serious health issues that usually go hand-in-hand with sky-high costs.

According to the Census Bureau, as many as 46.6 million Americans lacked medical insurance in 2008, and a growing number of those opted for receiving treatment abroad at a fraction of the price in the U.S.

India has polished such a sterling reputation for medical services that, according to figures released by Indian medical authorities, more than 150,000 Americans visited the country to receive low-priced healthcare procedures in 2009 alone—and that number shows no sign of abating.

Hima Singh, president of Asian Pacific Adventures in Tarzana, CA, who has arranged visits for a large number of patients seeking medical treatment in India, says, “[India] is becoming even more popular than Thailand—which long has been a favored destination for medical tourists—as Indian doctors and facilities have become quite advanced and the country’s reputation for providing first-rate care has grown.”

Aside from offering top-of-the-line facilities and physicians, an important factor contributing to Americans seeking medical treatment in India may lie in the country’s innate philosophy of “Athithi devo bhavha” when relating to foreigners. The words literally mean, “The guest is God,” and many of those coming for medical treatment indeed leave feeling as if they have been treated like deities.

Aside from benefiting from the country’s inexpensive, first-rate medical treatment, patients are pleasantly discovering that numerous Indian hospitals are accredited by the Joint Commission International (the international arm of The Joint Commission, the nonprofit organization that sanctions American hospitals) making Indian healthcare as safe and as successful as hospitals in the West.

That’s a whopping savings—and if a patient opts for pre- or post-procedure tours of this mesmerizing land, India seems to be the ticket.

However, travel agents and tour operators considering tapping in- to this growing market would do well to recognize that most Indian hospitals and clinics catering to foreigners have designed their own intricate packages to include accommodations and in-country travel for patients and accompanying family members wishing to see the sights.

The profit for travel agents lies in arranging post-procedure tours where the choices are as vast as India and where an agent or tour operator can set the groundwork for a recuperative excursion.

According to Singh, Asian Pacific Adventures also arranges for personal escorts, private caretakers, personal chefs and ‘round the clock professional private nursing care during a patient’s stay in India.

“For longer stays we can also arrange service apartments with all the conveniences of home,” she adds.

Once a patient is released from a hospital and if doctors allow it, India offers a wealth of recuperative resorts where patients and family can recover while sampling the country’s delights.

According to Indian tourism authorities, one of the most popular destinations for recuperating patients is the Luxury Palace Spa Experience at Ananda, where patients bask in rejuvenating spas while receiving ancient Ayurvedic wellness treatments in a luxurious royal palace hideaway.

The property has a 24,000-sq.-ft. spa offering more than 80 body and beauty treatments where the traditional Indian system of Ayurveda blends with contemporary Western spa approaches.

It also offers personalized therapies and activity programs designed for the specific needs of the patient.

Patients here are also given the opportunity to visit local ashrams and to practice age-old healing yoga techniques. A package recuperation stay of one week, with accommodations, spa treatments and a driver from Delhi, costs approximately $3,800 to $4,000 for the patient and a guest. 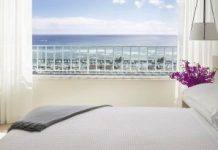 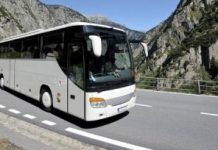