In the not too long ago—and even among some unaware consumers today—escorted tours were unfairly tainted with the aged, “If it’s Tuesday, it must be…” generalization—a far cry from what today’s escorted tours offer the traveling public.

The evolution of escorted tours, in fact, has rapidly reacted to the demands of the marketplace and the changing tastes of the consumer, specifically to the ever-growing interest in experiential travel that’s pretty much worn out the outmoded concept of mass tourism. Today, the focus is on more free time, longer city stays and, more importantly, more interactive travel opportunities.

“The days of driving past something and looking out the window at it are gone—people want to go out to the same farmers’ market the locals go to and see what the locals are up to and what they’re all about,” explains John Stachnik, president of Mayflower Tours and chairman of USTOA. The experiential, the “sight-doing” (as he calls it) is an integral part of the programs now. “I think the changes began when we started building in what we called ‘Organized Independence,’ giving people free time when we got to the national parks—somebody wants to go hiking, somebody wants to go bicycle riding, somebody wants to go golfing. We learned that early in the Shenandoah National Park there are different things everybody wanted to do, so rather than plan everything for everybody, we left some time for that ‘Organized Independence.’”

In fact, he points out, that sense of people wanting a feeling of independence within a group setting has resulted in one of the hottest selling components in Mayflower’s current product inventory—river cruising. “The largest single thing that’s been important to us in the last several years has been the advent of river cruising—it’s bringing a new dynamic. It’s a group experience, yet it’s not a group experience. We charter a river vessel for 112 or 120 passengers, they’re all Mayflower Tours passengers and they’re part of a group, but for some reason they don’t consider it a group experience because the ports of call are usually right there in the downtown areas, right in the heart of one of the old cities of Europe. The people feel generally unencumbered—it’s the classic ‘Organized Independence.’ It’s turned out to be the single fastest growing part of our business.”

Bronwyn Wilson, president of Australian Pacific Touring (APT), cites her company’s “Freedom of Choice Touring” and “Freedom of Choice Dining” programs offering independent options, balanced with the pleasure of traveling with a group of like-minded people. On APT’s Premier Plus and Premier Escorted tours, she says, “Clients can select individual tours and activities they have a particular interest in, while still taking in all the major attractions of the area as a group. The same applies to the dining option where clients can opt for a selection of a variety of dining in various cities, rather than the hotel.”

In terms of how clients have reacted to these options over the years, Wilson says, “It’s a mix—some just prefer the convenience of dining at the hotels after a day of seeing fantastic sights, others are just like individual travelers who want to go out and experience everything.… And that’s why there’s still the balance where we do have the dinners all together, particularly for feature nights where, for instance in Australia, it may be an Aboriginal display with dance and music and dinner. Then we have everybody together and again, that’s the balance we have and it’s important to keep that balance because that’s part of the escorted experience—having a lot of fun with a lot of like-minded people.”

Jim Kelly, v.p., sales for CIE Tours International, also says it was the feedback from customers that added to the evolution of the company’s escorted tours, first and foremost in Ireland. “Through feedback from customers, they tell us they want a little more longer stays in castles, ‘We want more free time, we want a little baby adventure, we like walking tours.’ So with all that feedback, we’ve developed walking tours of various cities, longer overnight programs in five-star castle hotels, we have given time to spend in spas and time to combine a golfing experience with their escorted tour. 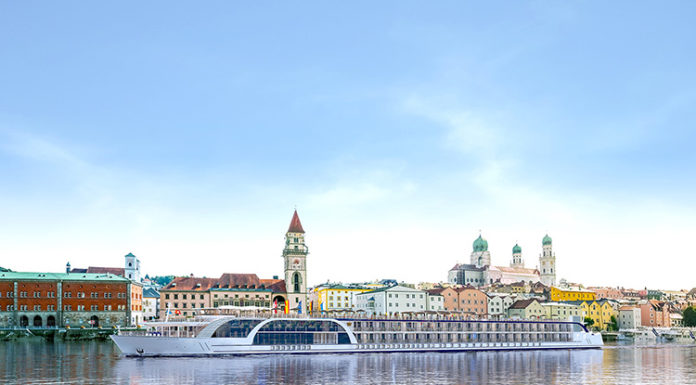