New York Harbor was all aflutter this November with the permanent arrival of the third largest cruise ship in the world, Royal Caribbean’s Anthem of the Seas. The 4,180-passenger Anthem bid farewell to her homeport in the UK, dropping anchor at Cape Liberty Cruise Port after plying the seas throughout Europe and the Mediterranean this past spring. Like its characteristically diverse staff, those who turned out for the pre-inaugural sailing represented virtually every corner of the world. Even the “Good Morning America” crew tilted their hats to Anthem, whose onboard surprises—including “Dancing with the Stars” heartthrobs Carlos PenaVega and Alek Skarlatos—added some excitement and (dare we say) heat to the chilly Atlantic sailing.

“Anthem will be the newest ship in the world sailing from the Northeast part of the country,” says Lori Cassidy, associate v.p. of global corporate, incentive and charter sales for Royal Caribbean International. “The ship was purposely built for cold weather climates—with the indoor Solarium, SeaPlex, etc.—so it’s a perfect choice for the ship to be sailing from Cape Liberty. Consumers can sail to the Bahamas and Caribbean from the Northeast without having to incur the
cost of air.”

As Royal Caribbean’s second Quantum Class ship, Anthem possesses all of the at-sea “firsts” unveiled last year in Quantum of the Seas. Our biggest takeaway from the 2-day sailing, however, was not only the surprise of innovations like indoor skydiving, surf simulations and robotic bartenders, but the feeling of being adrift in a sea of possibility.

Like Quantum, the 2,090-room Anthem of the Seas is an interesting blend of artful and hi-tech wonder. There are bespoke art installations—from anthropomorphist elevator art and cherry blossom ceilings to 12k resolution performances in Two70, where video projection and robotics collide. We settled in for “Spectra’s Cabaret” at Two70 and a tribute to legendary rock band Queen in
“We Will Rock You” at the Royal Theatre later on. The sound quality was right up there with the venue’s fantastic visual effects.

For some returning back to their staterooms, virtual “balconies” await, with 80-inch LED screens that show real-time views of the ocean and passing cities. After being greeted by a “stowaway” elevator piano player, we returned to our room on deck 10 and the real thing—sea-swept air and the Statue of Liberty passing by with torch held high in the moonlight. A multitude of late-night parties, including an interactive Name That Tune session, keep the night young for night owls. Or, voyagers can book an hour in the first escape room at sea for an Escape from the Future session, a live-action experience where teams are locked in a room and must solve hidden clues and puzzles to escape. These sort of adventurers will also likely be interested in SeaPlex, where trapeze classes, bumper cars and Xbox gaming take place.

Dining is an adventure all its own on Anthem, with 18 themed dining experiences—from American soul food to magical concoctions worthy of Wonderland. In fact, Wonderland’s whimsical, Mad Hatter vibe and mystical menu (which requires a little magic to read) made the venue one of our top picks.

Anthem’s techy side also connects with nature throughout the ship. The sun rose to meet us in the North Star, a panoramic observation capsule near the main pool deck stretching 300 ft. above sea level (as high as London’s Big Ben). 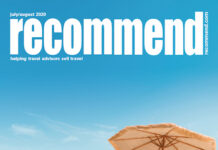 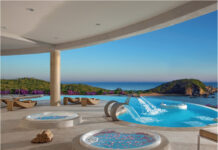 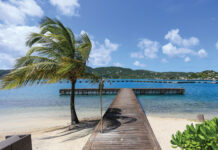 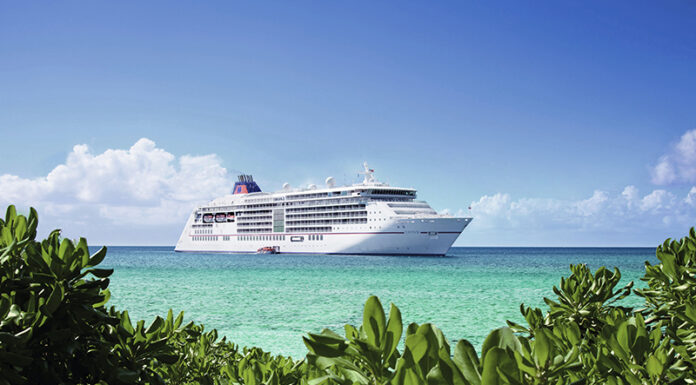