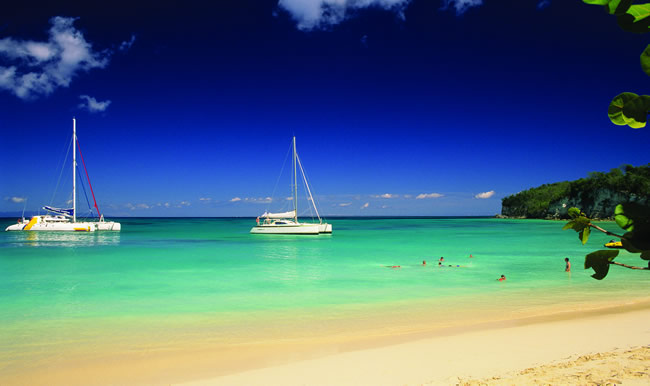 In fall 2013, the Guadeloupe Islands announced a 26 percent increase in tourism arrivals over the previous year. This is virtually unprecedented in the Caribbean (and anywhere else), where occupancy rates rose 2 percent, on average. How did this collection of isles, which include beach resorts on Grande-Terre, eco- and beach resorts on far more rugged Basse-Terre, rural Marie-Galante, très French Les Saintes, and sleepy La Desirade, do it? And even more important, what’s on tap for 2014? We asked Sandra Venite, regional manager, USA and South America, Guadeloupe Islands Tourist Board, to shed some light on this, and she turned on the high beams.

Ed Wetschler (EW): For years it was hard to get to the Guadeloupe Islands from North America. What changed in 2013?

EW: Will there be further expansion of airlift this year?

SV: JetBlue is about to launch an interline agreement with Seaborne that will allow travelers to book Guadeloupe through JetBlue. In addition, we’re also talking with tour operators and the airlines about adding airlift.

EW: Can you explain to non-sailors what the Route du Rhum is all about?

SV: It’s a sailing race that traces the historic rum traders’ route between Saint-Malo, France, and Guadeloupe, and this event only takes place once every four years, so it’s a big deal. The next one is this November. The sailboats leave Saint-Malo in early November and will reach Guadeloupe before the end of the month. Not only is it spectacular to watch them arrive after they’ve crossed the Atlantic, but there will be celebrations and parties.

EW: How can visitors get in on this?

EW: Any other new packages we should know about?

SV: Definitely! For example, in the wake of Diane von Furstenberg’s “Love from Guadeloupe” posts on social media, which went viral, we’re launching another romance package that will include stays on two islands. It includes Basse-Terre’s Habitation Tendacayou, a romantic, handcrafted hideaway with one-of-a-kind rooms (including tree houses) and an extraordinary spa, restaurant, and views of the forest and sea. On Terre-de-Haut, guests will stay at Les Petits Saints, a romantic, antique-filled inn that also has one-of-a-kind rooms, a lovely pool, and amazing views of the sea and village, with its boutiques and restaurants.

EW: Guadeloupe’s stock of luxury villas increased in 2013. What now?

SV: We do have beautiful villas, not only on Grande-Terre, but on other islands as well. We’ll soon unveil a V.I.P. program for renters that will assure luxury travelers that they get concierge services.

EW: As Guadeloupe continues this expansion into North American markets, where do travel agents fit in?

SV: Agents are critical to our efforts, which is why there is an agent certification course at edu.recommend.com and incentives—both monetary and educational—for agents who get certified. In April, we’ll host a Guadeloupe Islands Road Show in six North American cities that will introduce this destination to agents who haven’t been here and feature intensive training for agents already certified as Guadeloupe Islands Specialists. The training will focus on selling techniques, including key questions to ask clients to determine if the Guadeloupe Islands are right for them. This year we’re also hosting two FAM trips.

Guadeloupe’s public and private sector are working together, actively and aggressively, to continue the number of North American visitors. Agents were an important contributor to our success in 2013, and we look forward to continuing our relationship with them. 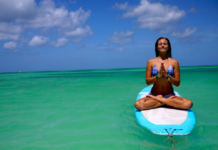