Caribbean tourism could have had a terrible year, what with fears of the Zika virus combined with a freakishly warm winter in the northeast United States and southeast Canada. Not to mention the devaluation of the Canadian currency. So here at SOTIC 2016, the Caribbean Tourism Organization’s annual State of the Travel Industry Conference in Barbados, I studied the numbers, and they reveal a few eyebrow-raising surprises:

All in all, much better than you might have expected, given the challenges of weather, health fears, and currency devaluation. No doubt retail travel agents had a little something to do with that. For more information, visit onecaribbean.org. 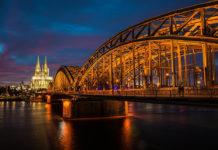