Posh is the word for this island set north of the Caribbean, closer to the coast of North Carolina than to its island neighbors to the south. You’ll feel the English influence strongly here, especially in its capital city of Hamilton, home to a wealth of 19th century buildings built by colonists from England. St. Theresa’s Catholic cathedral, for example, shows off a collection of historical items including a chalice that was a gift to the church from Pope Paul VI. The Royal Naval Dockyard is another relic of colonialism, dating to over two centuries ago when it served as a British stronghold during the War of 1812. The former military outpost is today a center for shopping and dining, with the historic buildings restored to become restaurants and boutiques. Bermuda is also one of the biggest golfing destinations in the region, with eight championship courses packed into the island. That means plenty of picturesque holes looking out to sea, like the famed 16th hole at Port Royal, with the green located on a bluff beside a cliff that drops down to the sea. At the Fairmont Southampton Golf Club, golfers can expect plenty of colorful tropical flowers and landscaping. Most travelers split their time here between the green and the blue, trading golf clubs for yachts, particularly during the summer racing season. Million-dollar vessels frequent the marinas and those marinas are packed to capacity during events like the Newport Bermuda Race, taking place in June every other year. The race entices hundreds of boats to sail from Newport, Rhode Island, to St. David’s Head, the easternmost point in Bermuda. The treasures continue beneath the waves, with shipwrecks like L’Herminie, a French ship dating to 1838, dotted around the island. 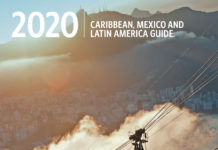 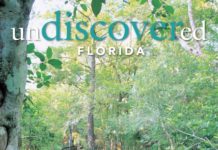