Following its billion dollar expansion announcement last March, Aeromexico is putting its jet fuel where its nose gear is with a host of new flights and flight schedules from North America to many of Mexico’s favorite leisure and meeting/incentive destinations—all with the full service only a premier international airline can offer.

“We know our customers can find cheaper flights,” says Jorge Goytortua, senior v.p. of sales in the North American division of Aeromexico. “But with our commitment to service—complimentary meals and drinks, first baggage free, no charge for blankets, pillows or inflight entertainment,” he says, the company’s confident passengers will find their pricing more than attractive, even compared to so-called discount airlines that nickel and dime passengers from beginning to end, particularly on international flights.

And now, with the increased flight schedules to those favorite and soon-to-be favorite Mexico destinations among North American travelers, Aeromexico can now add scheduling convenience to their North American sales portfolio.

Beginning July 4, for example, Cancun-bound travelers can now select from between two daily flights from Miami—the first at 7:45 a.m. arriving at 8:25 a.m. Cancun beach time, with the second daily flight from Miami taking off at 6:20 p.m. and arriving in Cancun at 7 p.m. margarita time and just in time for a beachside, candlelit seafood dinner. Guatemala anyone? There are two new daily connecting flights from Mexico City to Guatemala City at 7:30 a.m. and 4:15 p.m.—good timing for Norte Americanos who want to spend a little time in Mexico City for sightseeing and shopping before heading on to Guatemala.

Three days later on July 7, Midwest business travelers, Goytortua says, are going to be happy with two new scheduled flights from Chicago to Monterrey with an evening flight departing at 10 p.m. Thursday, Friday, Saturday and Sunday, plus a 2:25 a.m. flight departing Chicago on Monday, Friday, Saturday and Sunday. Monterrey, the capital of the state of Nuevo Leon, an important industrial and business center known for its colonial and contemporary architecture.

Starting July 6, vacationers seeking an unbeatable cultural experience in beautiful Guadalajara, can catch a red eye from San Francisco on Thursday, Saturday and Sunday at 12:10 a.m., arriving at 6:05 a.m., just in time for a few zzz’s before heading off to the city square and their first day shopping spree, with plenty of time left over to be singing Guadalajara at the top of their lungs with some local mariachis at a friendly cantina later in the day.

Pricing, too, particularly for leisure destinations can be pretty friendly, especially if you look for bargains. Some recent “last-minute” fares posted on Aeromexico’s website, for example, had round trip fares from Miami to Merida at $454 and Miami to Cancun from just $272 pp roundtrip, as well as a Miami to Mexico City fare posted at just $455. West coast travelers saw LAX to Mexico City fares from just $382, while there was a Los Angeles to Cancun fare starting from $639. 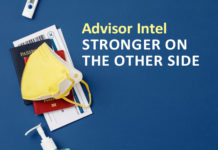 Advisor Intel Stronger on the Other Side 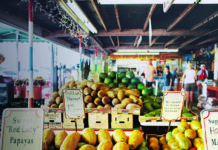 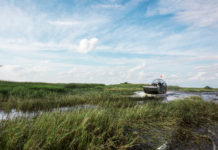 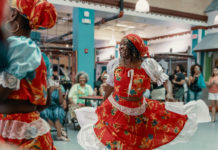 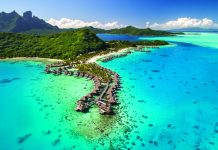 An Escape From the Ordinary